United States President Donald Trump has announced that he would replace the country’s Director of National Intelligence Dan Coats next month, after a two year tenure marked by clashes between the two men over Russian interference in the 2016 US election. 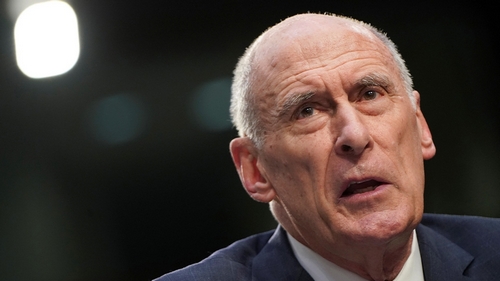 Director of National Intelligence Dan Coats will be leaving his post on August 15 after a turbulent two years. FILE/Joshua Roberts/Reuters

Trump announced on Sunday that Coats would leave the job on August 15, and thanked him for his service.

“I am pleased to announce that highly respected Congressman John Ratcliffe of Texas will be nominated by me to be the Director of National Intelligence,” Trump said on Twitter.

An acting official will be named in the coming days.

Trump’s suspicions of the country’s intelligence agencies have grown since they concluded that Russia interfered in the 2016 election with the goal of getting him elected.

In a letter of resignation released on Sunday night, Coats said working as the US top intelligence official had been a “distinct privilege”, but that it was time for him to “move on” to the next chapter of his life.

He noted his work to strengthen the intelligence community’s effort to prevent harm to the US from adversaries and reform security clearance processes.

Senate Majority Leader Mitch McConnell praised Coats, saying he had been reassured knowing that such a man as his former Senate colleague “took such a deliberate, thoughtful, and unbiased approach was at the helm of our intelligence community.”

A former Republican senator from Indiana, Coats was appointed director of National Intelligence in March 2017, becoming the fifth person to hold the post since it was created in the wake of the September 11, 2001, attacks to oversee and coordinate the nation’s 17 intelligence agencies.

Who are the 2020 US Democratic presidential candidates?