William Taylor, the top diplomat in Ukraine, and George Kent, the deputy assistant secretary of state for European and Eurasian Affairs, are testifying in a televised hearing.

The impeachment inquiry of US President Donald Trump entered uncharted territory on Wednesday with the first public hearing of the probe.

The inquiry is centred on a July phone call between Trump and Ukrainian President Volodymyr Zelenskyy in which the US leader asked his Ukrainian counterpart to open an investigation into former US Vice President Joe Biden, who is also a top Democratic 2020 presidential contender, and his son, Hunter, who had served on a board of a Ukrainian gas company. There has been no evidence of wrongdoing by the Bidens.

The call came to light due to a whistle-blower complaint. At the time of the call, the US was withholding nearly $400m in military aid from Ukraine, prompting speculation that Trump was using the money as leverage to get the desired investigations. The money was later released.

Trump has denied that any quid pro quo (Latin for “favour for a favour”) took place, describing the call as “perfect”.

As the public phase of the impeachment inquiry gets under way, here are all the latest updates as of Wednesday, November 13:

The top US diplomat toUkraine told House legislators conducting an impeachment probe that he noticed there were two policy channels operating with Ukraine, a “regular” and an “irregular” one.

Taylor also reiterated his previous statement, which he made in a closed-door hearing, that it slowly became clear to him that a White House meeting desired by Ukrainian officials was conditioned on investigations into the gas company linked to Joe Biden’s son, Hunter, and into alleged Ukrainian interference in the 2016 US elections.

President Donald Trump is not watching the public House impeachment hearings against him, Stephanie Grisham, the president’s chief spokeswoman, said.

Grisham told reporters that Trump is instead participating in meetings in the Oval Office. Trump was also scheduled to receive the Turkish president at 12pm (5pm GMT).

“He’s in the Oval (office) in meetings. Not watching. He’s working,” Stephanie Grisham said more than an hour into the public hearing.

Trump was, however, retweeting House Republican tweets about the hearing during the proceedings.

The US Ambassador to Ukraine William Taylor saida member of his staff recently told him they overheard President Donald Trump speaking on the phone to US Ambassador to the European Union Gordon Sondland about “investigations”.

Taylor made the disclosure in his opening statements as he testified publicly in the House impeachment inquiry.

He said the staff member was at a restaurant with Sondland on the day after the July 25 call between Trump and the new leader of Ukraine. That call later prompted a whistle-blower’s complaint that lead to the launch of the inquiry.

Taylor told the committee that Sondland called Trump from the restaurant and the staff could hear Trump on the phone asking about “the investigations”.

Sondland, a hotelier who was appointed to the prestigious post by Trump, responded to the president that the Ukrainians were ready to move forward, Taylor said.

The staff member then asked Sondland about Trump’s thoughts onUkraine.

Sondland replied that “Trump cared more about the investigations of Biden” than Ukraine itself, Taylor testified.

Kent: US should not ask other countries to engage in “selective, politically associated investigations”

George Kent, a deputy assistant secretary of state, has said the US shouldn’t engage in “selective, politically associated investigations” during his opening statement during the first public hearing of the House impeachment inquiry.

Kent said such “selective actions” undermine the rule of law regardless of the country.

“It was unexpected, and most unfortunate, to watch some Americans – including those who allied themselves with corrupt Ukrainians in pursuit of private agendas – launch attacks on dedicated public servants advancing US interests in Ukraine,” he said.

“In my opinion, those attacks undermined US and Ukrainian national interest and damage our critical bilateral relationship,” he said. 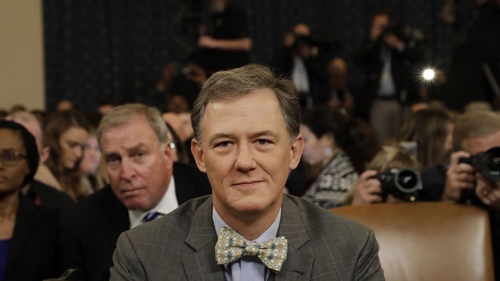 House Republicans at the start of the first public hearing in the impeachment inquiry into President Donald Trump’s immediately pushed Democrats to hear from the anonymous whistleblower whose complaint sparked the probe.

Congressman Michael Conaway, a Republican from Texas, asked that the panel issue a subpoena for the still-unknown whistleblower to appear in a closed-door hearing.

But Adam Schiff, the Democratic chairman of the House Intelligence Committee, denied the request Wednesday, saying it would be considered later.

“We will do everything necessary to protect the whistleblower’s identity,” Schiff said.

.@Jim_Jordan to Chairman Schiff: “Of the 435 members of Congress, you are the only Member who knows who the whistleblower is, and your staff is the only staff who has had a chance to talk with that individual.

Chairman of the House Intelligence Committee Adam Schiff has opened the first public hearing in the impeachment inquiryinto President Donald Trump, saying the investigation will determine what “conduct or misconduct the American people may come to expect from their commander-in-chief”. 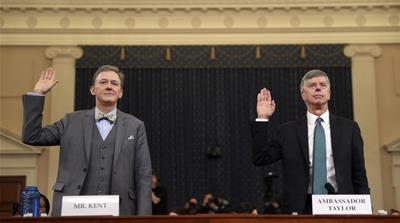 Career Foreign Service officer George Kent and top US diplomat in Ukraine William Taylor were sworn in to testify during the first public hearing in the House impeachment inquiry. Andrew Harnik/The Associated Press

In his opening statement, Schiff said that Democrats believe the testimonies will answer whether Trump “abused his power and invited foreign interference in our elections, or if he sought to condition, coerce, extort, or bribe an ally into conducting investigations to aid his reelection campaign”.

“If this is not impeachable conduct, what is?” he said.

Schiff added there were still “missing pieces” in the inquiry, as a result of the White House’s refusal to cooperate in the probe. He said the refusal will force the House to consider whether Trump’s “obstruction of the constitutional duties of Congress constitute additional grounds for impeachment”.

Meanwhile, the ranking Republican on the Intelligence Committee, Devin Nunes, offered a conflicting narrative in his opening statement, portraying the inquiry as a “carefully orchestrated media smear campaign” and the public hearing as a “televised theatrical performance staged by the Democrats”.

Addressing William Taylor and George Kent directly, Nunes said: “It seems you agreed wittingly or unwittingly to participate in a drama”.

The Kremlin has drawn a parallel between the impeachment proceedings against Trump and accusations of Russia’s interference in his election.

Asked about the hearings opening Wednesday, Russian President Vladimir Putin’s spokesman Dmitry Peskov responded that “there are a lot of things far-fetched”.

Peskov compared the proceedings to the US claims of Russian interference in the 2016 US presidential election, which he described as having “little relation to reality”.

The Kremlin has shrugged off special counsel Robert Mueller’s exposure of Russian interference in the vote.

Mueller found there wasn’t enough evidence to establish a conspiracy between Trump’s campaign and Russia. But Mueller charged 12 Russian military intelligence officers with breaking into Democratic Party computers and the email accounts of officials with Hillary Clinton’s campaign.

What to expect from the first public hearings

Republicans and Democrats in Congress are competing to sell their own very different narratives in the impeachment process. Republicans are calling the witness testimony hearsay and arguing that while some may conclude Trump did, in fact, push Ukraine for political investigations that do not warrant impeachment. 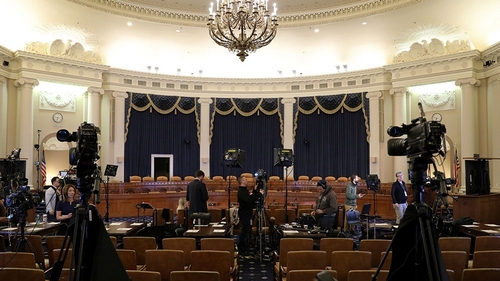 Schiff told the United States’s National Public Radio (NPR) on Tuesday that he believes Trump committed a form of “bribery” that rises to the level of “high crimes and misdemeanours” defined in the Constitution as impeachable offences.

“Bribery, first of all, as the founders understood bribery it was not as we understand it in law today. It was much broader,” Schiff told NPR. “It connoted the breach of the public trust in a way where you’re offering official acts for some personal or political reason, not in the nation’s interest.” 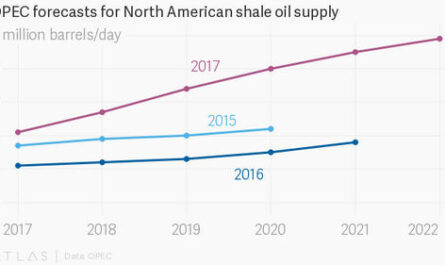 US sanctions on Venezuela likely to add to people’s woes