An aspiring model turned herself in yo Alabama state authorities on Tuesday after she killed a handicapped-man in a motorized wheelchair in a hit-and-run incident over the weekend.

Florence police said Christina Marie Carroll, 26, is being charged with a felony after fleeing the scene of accident resulting in death.

She has been remanded on $2,500 bail. It remains unclear if she has posted bond or has hired an attorney to represent her.

Authorities have not said whether Carroll had been drinking that night or was impaired in anyway before getting behind the wheel of her vehicle.

Police said that on Friday evening around 8.20pm, Carroll struck and killed 57-year-old Kevin Allan Doherty while traveling on Cloyd Blvd and Mall Rd in Florence. 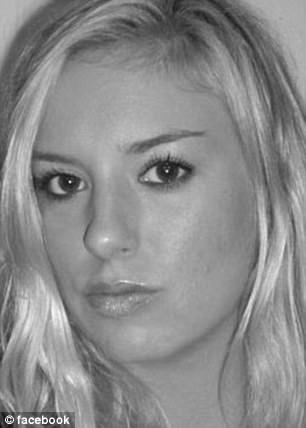 Christina Marie Carroll, 26, (in her mugshot left and right) turned herself in to Alabama state authorities following a hit-and-run incident over the weekend

‘Mr. Doherty was confined to a wheelchair and was known to travel to local businesses using his wheelchair,’ a police statement released before Carroll’s arrest explained.

‘Mr. Doherty suffered life-threatening injuries in the crash and was flown to Huntsville Hospital. He died a short time later as a result of his injuries,’ the statement added.

Police credit publicity from the incident with helping to track down Carroll before she turned herself in at the Lauderdale County Courthouse at 1.30pm Tuesday.

‘The majority of the tips that we got they mentioned that they had seen the story on the news, through Facebook… it was a tremendous help,’ said Detective Michael Price during a press conference.

According to an online profile, Carroll works as a model and has her photos on a number of different modeling websites.

‘I am interested in trying different styles of modeling,’ one profile of Carroll states.

‘I am looking into expanding my portfolio. I would be interested in modeling for charities,’ she added.

A Facebook profile of Carroll states that she attended Missouri Southern State University.

It remains unclear what health problems Doherty was suffering from before his death on Friday.

Police credit publicity from the incident with helping to track down Carroll before she turned herself on Tuesday (Pictured: Detective Mike Price Tuesday October 10, 2017) 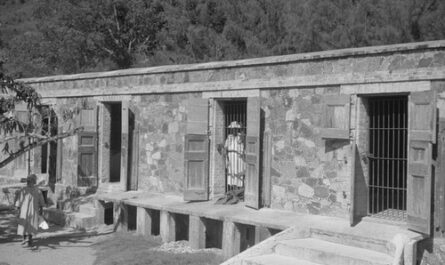