A driver in California accused of plowing deliberately into four cyclists on a rural road on Saturday was identified and charged after being caught on a helmet cam.

Aaron Paff, 21, was tracked down to his home in Novato late on Saturday and charged with felony hit-and-run after officers used a motorcyclist’s footage to ID his blue Dodge Ram.

The four victims who were riding for charity include Spencer Fast, 48, from Mill Valley, Robert Grier, 53, from Danville, Oliver Colvin, 55, from Larkspur, and Joseph Olla, 49, from Danville.

Fast had to be airlifted to a local trauma center, Santa Rosa Memorial Hospital, whilst the others were taken in an ambulance to a nearby hospital. 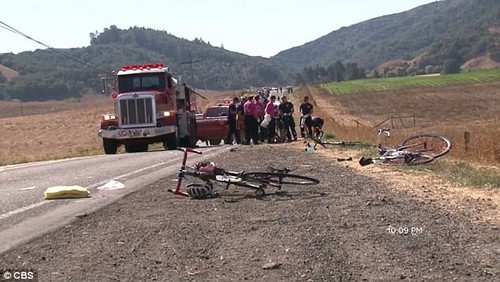 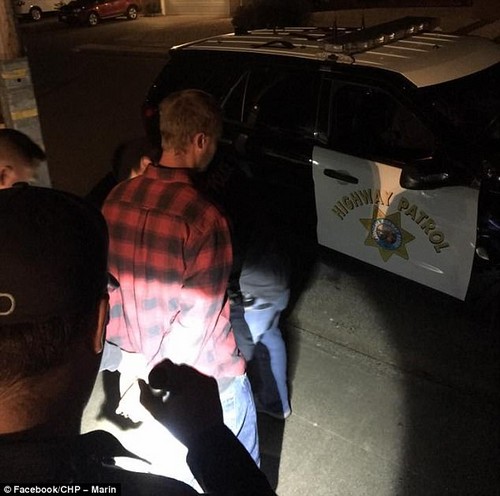 Aaron Paff, 21, has been arrested after being caught driving into the group of cyclists with his truck at the Jensie Gran Fondo and then driving away 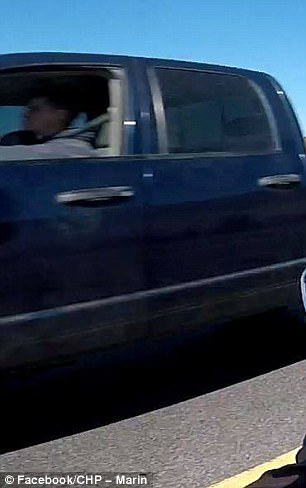 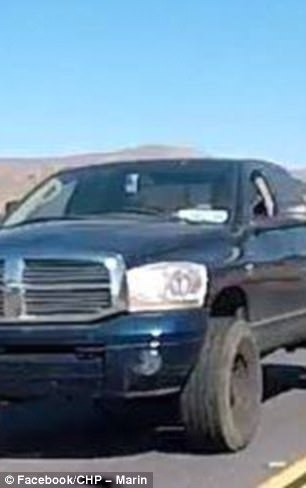 The man in question, Aaron Paff, was caught on a motorcyclists GoPro

Police said they: ‘suffered injuries ranging from moderate to major,’ according to VeloNews.

Witnesses told officers that the vehicle, which is being described as a dark blue Dodge Ram pickup truck, purposefully swerved into the group of cyclists.

Apparently a motorcycle-mounted camera helped police track down Paff after the incident. 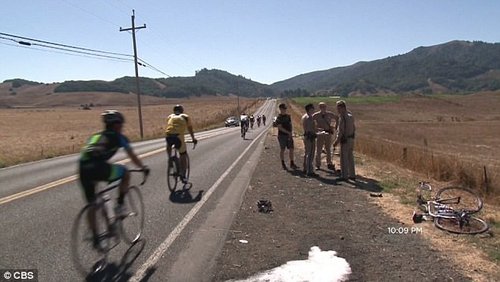 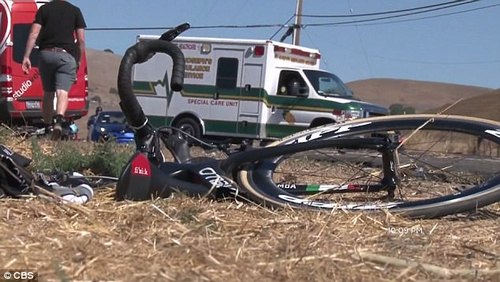 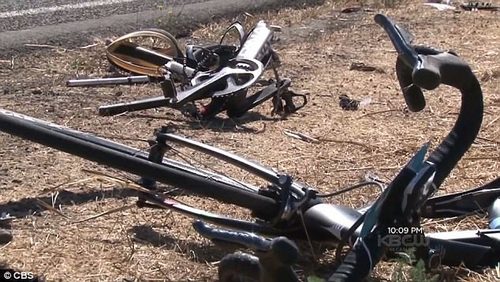 The CHP’s Marin Area Office put out a statement: ‘We would like to sincerely thank our community for being an integral part of this investigation,’ said Captain Robert Mota.

‘While our investigators are highly trained in what they do, we rely on the communities we serve to provide us with information that can he
lp us find suspects in a timely manner.’

‘This was truly a team effort between law enforcement and the public and goes to show how an engaged and concerned group of people can provide vital information in this type of incident.’ 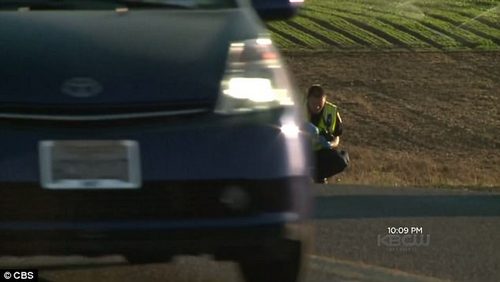