Harvey Weinstein is hiring a new lawyer who plans to discredit the women who have spoken out about the sexual harassment and assault they allegedly faced at the hands of the famed producer, DailyMail.com has exclusively learned.

The top Hollywood litigator will take over for Lisa Bloom, who championed herself as a women’s advocate in the past, after the celebrity attorney quit over the weekend.

Sources exclusively told DailyMail.com that Glaser’s plan of attack is to go after the victims who have claimed that Weinstein sexually assaulted them and to also sue his company after he was fired from his own film studio on Sunday.

Glaser has previously handled the cases of Fox Sports President Jamie Horowitz and American Apparel Ceo Dov Charvoney after they were fired in wake of sexual harassment allegations.

Glaser is one of the top litigators in Hollywood, earning her a spot on the Hollywood Reporter’s list for Tinsel Town’s top 100 lawyers this year.

A graduate of Rutgers Law School, she is a partner at Glaser Weil Fink Howard Avchen & Shapiro, which is based in Los Angeles, California.

Glaser earned a reputation as a ‘tough, take-no-prisoners litigator’ after securing a $32.5 million payout from NBC for Conan O’Brien for the remainder of his ‘The Tonight Show’ contract in 2010.

She has also represented Miley Cyrus, Conan O’Brien, Paula Deen, Ryan Seacrest, Rush Limbaugh and Kirk Kerkorian in the past, who left her $6 million when he passed away in 2015.

Glaser represented Deen when she was facing public backlash and a lawsuit after the southern chef admitted to using the N-word.

She ‘secured the dismissal of a class action lawsuit seeking $4 million in damages against entertainer Cyrus’ in 2009, according to her website.

Glaser has represented Miley Cyrus (right), Conan O’Brien, Paula Deen, Ryan Seacrest (left), Rush Limbaugh and Kirk Kerkorian in the past, who left her $6m when he passed away in 2015 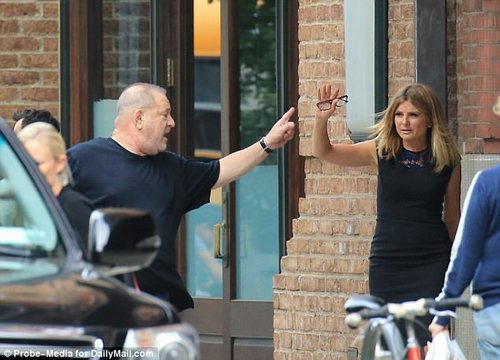 The top Hollywood litigator will take over for Lisa Bloom, who has championed herself as a women’s advocate, after the celebrity attorney quit over the weekend

Glaser’s plan of motion seems similar to Bloom’s idea in ‘going after his accusers’, according to a leaked email sent to HuffPost.

Bloom appeared to suggest a strategy of discrediting the mogul’s accusers, writing: ‘Tomorrow there will be more and different reporting, highlighting inaccuracies, including photos of several of the accusers in very friendly poses with Harvey after his alleged misconduct.’

At least two Weinstein Company board members criticized her approach, with Lance Maerov accusing her of ‘fanning the flames and compounding the problem’.

He wrote in an email seen by the New York Times: ‘Publishing pictures of victims in friendly poses with Harvey will backfire as it suggests they are exculpatory or negate any harm done to them through alleged actions.’

Bloom then quit as Weinstein’s advisor on Saturday.

Weinstein is said to have plans to fight his firing, claiming that his contract states he can’t be fired for any sexual harassment allegations after 2015, which include most of the claims that were recently lodged against him, reported the Blast. 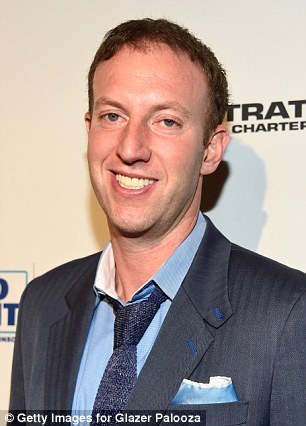 On Tuesday, more actresses came out with their stories of sexual harassment at Weinstein’s hands, including Hollywood icons Angelina Jolie and Gwyneth Paltrow.

The A-listers both told the New York Times that he had forced himself on them.

Jolie told the paper: ‘I had a bad experience with Harvey Weinstein in my youth, and as a result, chose never to work with him again and warn others when they did.

‘This behavior towards women in any field, any country is unacceptable.’

Paltrow revealed: ‘I was a kid, I was signed up, I was petrified. I was expected to keep the secret.

‘We’re at a point in time when women need to send a clear message that this is over,’ said Paltrow. ‘This way of treating women ends now.’