Pudding-faced Weinstein, 65, who has been accused of sexual harassment by a string of actresses, was said to have been ‘mentoring’ aristocratic Cressida, 28.

The ambitious dance graduate suddenly went from am-dram productions and plays performed in tiny theatres above pubs to roles in major Hollywood films.

Weinstein handed her a part in his £19 million costume drama Tulip Fever and publicly showered her with praise. 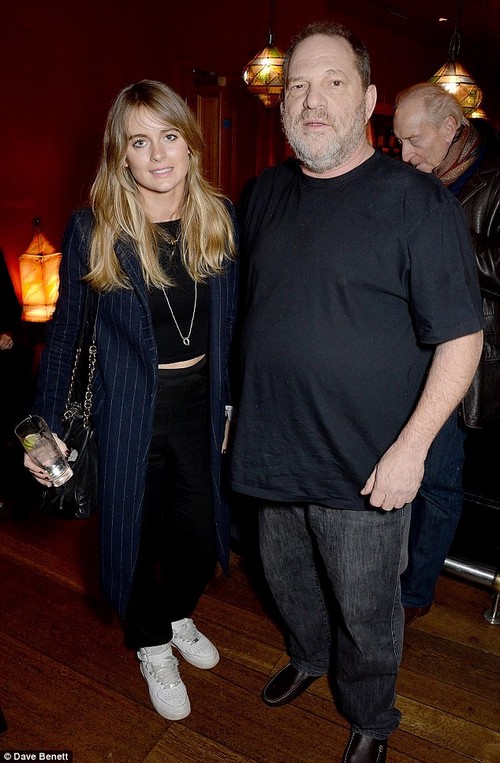 Weinstein, who has been accused of sexual harassment by a string of actresses, was said to have been ‘mentoring’ Prince Harry’s ex-girlfriend Cressida. The pair are pictured at a Bafta special screening of Big Eyes in London two years ago

‘Cressida is great in Tulip Fever and people will see what a fantastic actress she is – so beautiful, too,’ the New Yorker gushed after casting her as a socialite in the 17th-century romance. ‘It will be the first of many, many roles for her, I’m sure. I 100 per cent get the sense from her that she has no interest in celebrity and wants to be an actress.

‘She is really hard-working and not taking advantage of any media profile.’ Speaking at a 2015 London screening of another film made by his company, Big Eyes, attended by Cressida, he said: ‘She’s not here to get her picture in the paper, she’s here to come see Big Eyes and support me.

Sadly, Tulip Fever has still not been released in this country, but tonight Cressida is due to attend the premiere of Hollywood comedy horror film Double Date, in which she has a role.

A friend of Cressida insists: ‘She was not mentored by Weinstein. She was cast in one of his films and scarcely met him.’

Yesterday, a spokesman for Cressida declined to comment on her working relationship with Weinstein. There is no suggestion that Weinstein has been accused of sexually harassing Cressida.

Not sure Poldark had mobiles, Heida

Poldark actress Heida Reed has complained in the past about the constraints of her period costume.

At last she seems to have found a solution and was snapped on a break from filming wearing her 18th-century garb with a mobile tucked into her bodice. 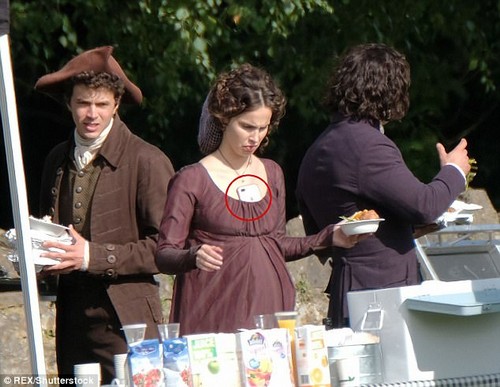 No doubt it’s a good way of keeping in touch with her fiance. The Icelandic-born beauty, 29, became engaged to American producer and actor Sam Ritzenberg, 31, this summer.

‘He lives in LA so there’s a lot of back and forth,’ she told me, adding he hadn’t seen Poldark before they met.

‘He’s just started watching the first series, but he keeps watching it before bed so he always falls asleep.’

Mom freaks out when Marine son surprises her in LA

Melania Trump is finally calling herself the ‘First Lady’