Ivanka Trump successfully pushed to get a family-focused tax credit included in the Republican tax overhaul proposal. She’s got no time for a victory lap, though: Now comes the biggest political challenge of her time in Washington.

The White House adviser and first daughter is lobbying on Capitol Hill to make sure an expansion of the current $1,000 child tax credit stays in the tax plan and that it’s big enough to matter. Then there’s the added hurdle of getting the overall tax plan over the finish line – anything but a sure bet.

Trump has been wooing lawmakers and conservative advocacy groups behind closed doors and is expected to make her case in public as well, as part of a coordinated White House push for the tax overhaul. All this as she tries to steer clear of the West Wing histrionics involving her father that have threatened to engulf her at times. She’s studiously sticking to her policy agenda, promoting issues such as STEM education and workforce development, while trying to tune out the noise.

‘A significant expansion of the child tax credit will help parents have more money at a time in their lives when they need it the most and give them the flexibility to make the best choices regarding their families’ care,’ Trump said in a statement to The Associated Press. 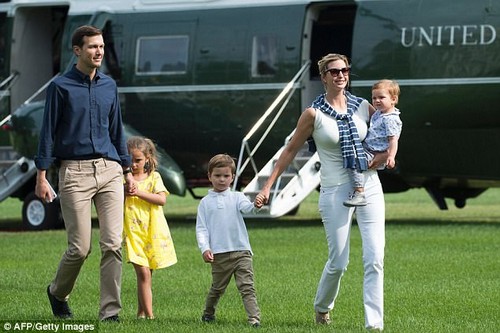 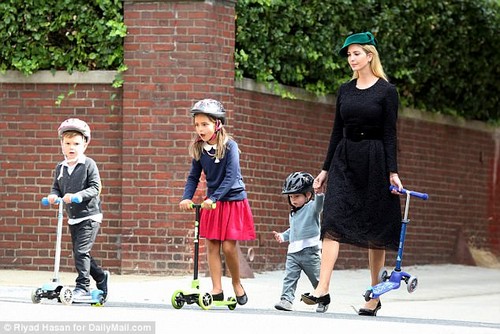 Low- and middle-income parents can get $1,000 shaved off their taxes for each child, but the Trumps and other high income earners are already ineligible for the bonus

Trump stepped away from her executive roles at The Trump Organization and running her own fashion brand to join the administration, alongside husband Jared Kushner.

She has won some praise for advocating for issues not often high on the Republican agenda, but has also faced criticism from liberals who expected her to do more to temper her father’s conservative agenda.

A White House official who was not authorized to publicly discuss internal thinking said Ivanka Trump has welcomed the more disciplined West Wing structure put in place by chief of staff John Kelly, believing a more orderly decision-making process allows her to focus on her priorities.

Still, some negative headlines have continued, including reports that Kushner set up a private email account after the election to conduct work-related business.

Protective of his children, President Donald Trump has expressed concern over criticism of his family, according to the White House official.

In public, though, he’s bragged about his daughter’s accomplishments, calling her up on stage during a tax speech in North Dakota recently, asking her to address the crowd and calling her ‘baby’ and ‘honey.’ 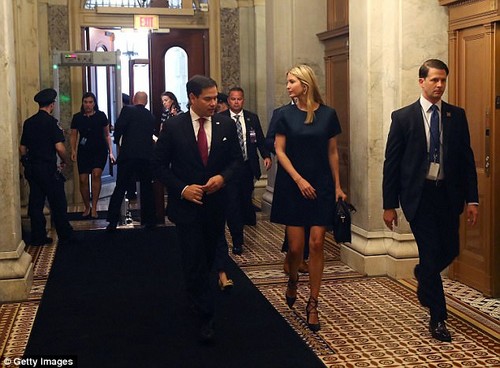 Ivanka wants the entire child tax credit to be refundable, meaning low income earners would get a check from Uncle Sam for the difference between the credits and what they owe in taxes 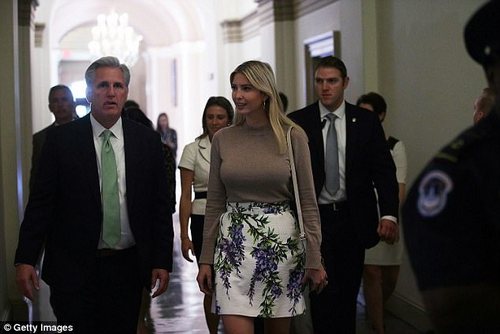 Ivanka Trump told US Weekly in a recent interview that she tries to ignore the critics.

‘If I engaged too deeply, I wouldn’t be able to prioritize the things I came here to do,’ she said.

As the tax negotiations get underway, Trump is stepping up her activity on Capitol Hill.

She met last week with Rep. Cathy McMorris Rogers of Washington, and spoke with South Dakota Rep. Kristi Noem and Florida Sen. Marco Rubio, who has worked with her on the proposal, said the White House official. Her past meetings have included Tennessee Sen. Lamar Alexander and Sen. Orrin Hatch of Utah.

All of those lawmakers are Republicans, but Trump has also met with both Republicans and Democrats on the tax-writing House Ways and Means Committee. 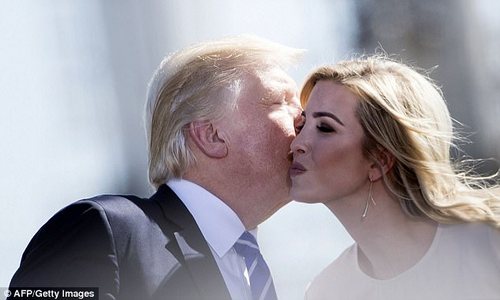 The president has expressed concern over criticism of his family but in public he has bragged about his daughter’s accomplishments, calling her up on stage during one tax speech and asking her to address the audience

She also spoke last month with conservative activists gathered at the headquarters of the group Americans for Tax Reform. The group’s president, Grover Norquist, said she was ‘very well received. Spoke without notes. She understood what was going on.’

Trump and Kushner have also been quietly hosting dinners for lawmakers at their home in Washington’s Kalorama neighborhood in coordination with White House legislative officials.

A person familiar with the events, but not authorized to speak publicly about them, confirmed the bipartisan dinners, which have focused on a variety of topics and were first reported by the Axios news website.

Some key details remain unsettled. The tax blueprint does not specify what the child tax credit should increase to, nor has Trump offered a number. But she’s made clear she wants the credit to be refundable, so people can still get money back even if they don’t owe taxes.

Rubio and Sen. Utah Republican Sen. Mike Lee want to increase the tax credit to $2,000, but Rep. Kevin Brady, a Texas Republican who heads the House Ways and Means Committee, wouldn’t commit to doubling it.

Just as the administration has been publicly vague on some of the fine print around taxes, Trump herself has not publicly offered a bottom line, deferring to Congress to work out the details. 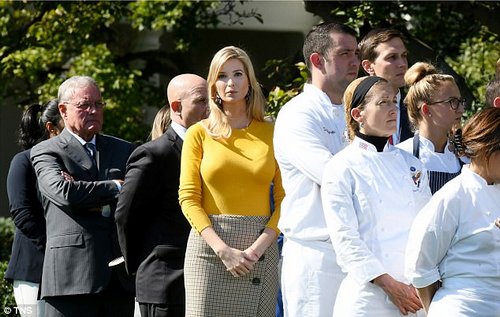 While Republicans in Congress see the tax overhaul as a must-do item, the proposal promises to be a heavy lift for the GOP, which has struggled to enact major legislation.

Democrats and liberal family advocacy groups say the overall plan would provide limited benefits to low-income families while offering major cuts to the wealthy – and they say that any boost to the child tax credit must be viewed in that context.

‘If you want to support families you would not support this tax plan,’ said Helen Blank of the National Women’s Law Center. She noted it does not include direct help for child-care expenses.

Supporters of boosting the child tax credit say it provides flexibility, compared with other options, as it goes to families led both by working parents and stay-at-home parents.

Saudi woman detained for driving before lifting of ban