Matt Damon and Russell Crowe have been accused of trying to bury an exposé about Harvey Weinstein’s sexual misconduct.

The Wrap founder Sharon Waxman revealed Sunday that she was working on a story about Weinstein’s history of sexual harassment for the New York Times 13 years ago when the actors called her up directly to get the story killed.

Back in 2004, Waxman says she got the greenlight to investigate long-rumored reports of Weinstein’s perversions. 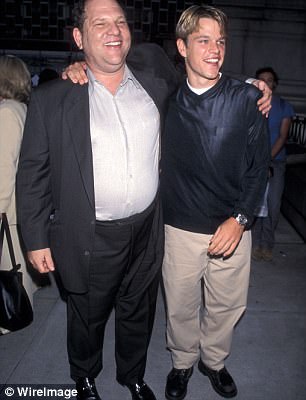 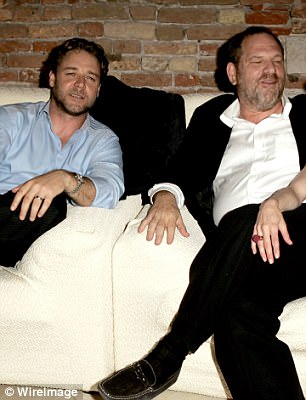 Matt Damon and Russell Crowe have been accused of trying to bury an exposé about Harvey Weinstein’s sexual misconduct. Damon and Weinstein seen on the left in 1998. Crowe and Weinstein on the right

At the center of the story was a man who worked as the head of Miramax Italy, but who had no film experience. Miramax was founded by Weinstein and his brother Bob in 1979. They sold it to Disney in 1993, but continued to run the company until 2005.

Multiple sources told Waxman that Fabrizio Lombardo was actually put on the payroll to help procure women for Weinstein. He worked for Miramax for less than a year between 2003 and 2004, making $400,000 in that time. 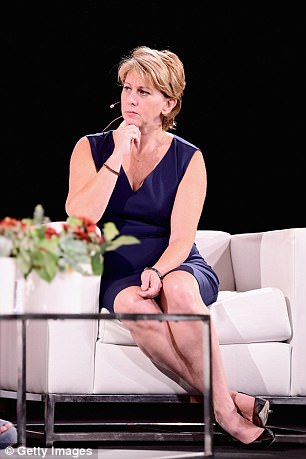 Waxman also tracked down a woman in London who said she had been paid off after an unwanted sexual encounter with Weinstein.

Once Weinstein learned that the Times was working on a negative story,  he started working aggressively to kill it.

As part of that process, Damon and Crowe called Waxman to vouch for Lombardo. Both appeared in Miramax films produced by Weinstein around that time – Damon in 2005’s The Brothers Grimm and Crowe in 2003’s Master and Commander.  Damon, it could be said, owes his career to Weinstein, who financed Good Will Hunting – the 1997 movie Damon starred in and wrote with his childhood friend Ben Affleck. The film was critically acclaimed and won Damon and Affleck the Academy Award for best original screenplay. They were 27 and 25 years old at the time (Affleck was and remains the youngest person ever to win the award).

Waxman was told that Weinstein made a visit to the Times newsroom, where he visited with people ‘above my head’ to ‘make his displeasure known’.

In the end, her editors decided against publishing the accusations.

‘The story was stripped of any reference to sexual favors or coercion and buried on the inside of the Culture section, an obscure story about Miramax firing an Italian executive. Who cared?’ Waxman recalled. 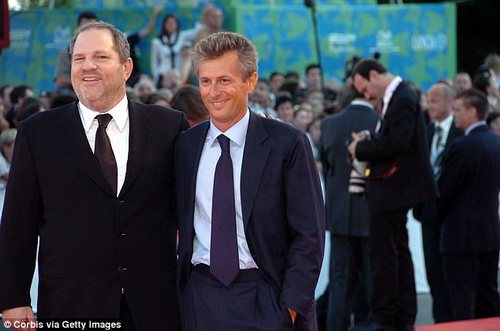 The story centered on Fabrizio Lombardo, who was head of Miramax Italy for less than a year between 2003 and 2004. Multiple sources told Waxman that Lombardo was put on the payroll to procure women for Weinstein (the two pictured above in 2007) 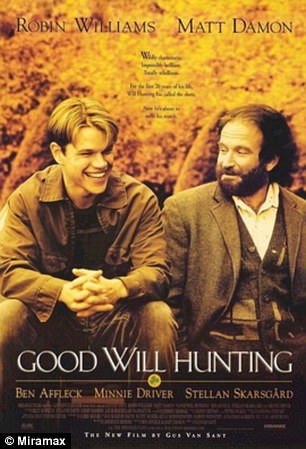 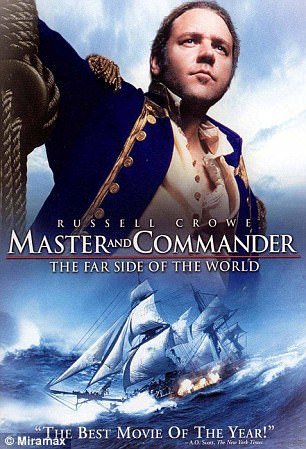 Damon and Crowe called Waxman to vouch for Lombado. Damon, it can be argued, owes his career to Weinstein who financed 1997’s Good Will Hunting, which he starred in and wrote (left). At the time of the 2004 article, Crowe was filming Master and Commander for Miramax (right)

Waxman wrote the story about her failed attempt to out Weinstein in response to a ‘sanctimonious’ story written by the Times columnist Jim Rutenberg on Friday, praising his newspaper for taking down one of Holllywood’s most powerful men when so many other media outlets ignored the rumors.

‘Until now, no journalistic outfit had been able, or perhaps willing, to nail the details and hit publish,’ Rutenberg, the Times’ media columnist, wrote.

Waxman wanted to set the record straight: The Times may have been the ones to finally get Weinstein – but they knew about the allegations as early as 2004 and passed on the opportunity to report the truth.

‘The New Yo
rk Times was one of those enablers. So pardon me for having a deeply ambivalent response about the current heroism of the Times,’ she wrote.

Melania Trump hits out at Ivana over ‘first lady’ comment