An Oregon woman has been sentenced to life in prison after she orchestrated the murder of her estranged husband.

Mariah Molina, 23, was sentenced by a judge on Friday for her role in the December 2015 killing of 26-year-old Luis Alberto Aguilar-Estrada in his apartment in Tigard, which is located just outside of Portland, KOIN reported.

She has been ordered to serve a minimum of 25 years before she will become eligible for parole.

Days before Aguilar-Estrada’s murder, Molina lost custody of her two sons to her estranged husband.

He was seeking to gain full sole custody of their sons at the time of his death. 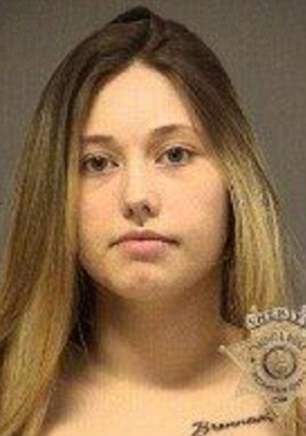 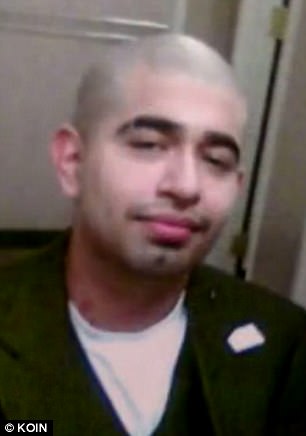 Mariah Molina (left), a 23-year-old Oregon woman, has been sentenced to life in prison after she orchestrated the 2015 murder of her estranged husband, Luis Alberto Aguilar-Estrada (right)

She has been ordered to serve a minimum of 25 years before she will become eligible for parole. Days before Aguilar-Estrada’s murder, Molina lost custody of her two sons to her estranged husband

Surface, who is now 23 years old, drove to Aguilar-Estrada’s apartment unit with Molina and his friend, Charl’z Warbonnet, according to investigators.

Police say Surface and Warbonnet were inside Aguilar-Estrada’s apartment before he was killed and that Surface was the shooter.

Aguilar-Estrada was found dead with a gunshot wound to the head at close-range, police say.

The trio were indicted in his death in April 2016. Warbonnet pleaded guilty to first-degree manslaughter and first-degree burglary on Monday after he was initially accused of murder. 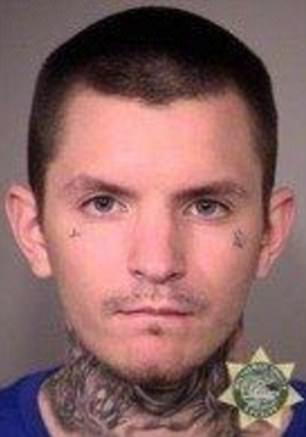 The trio then drove to Aguilar-Estrada’s apartment unit (above) where Surface and Warbonnet entered inside. Police say Surface shot Aguilar-Estrada dead in the head

He is set to be sentenced on Friday for the crime.

Surface pleaded guilty to Aguilar-Estrada’s murder in May and was sentenced to life with a minimum of 25 years served in prison.

The couple’s two children are now in foster care.

Aguilar-Estrada’s brother-in-law Mike Keymolen told KOIN at Molina’s sentencing that the victim was ‘a loving person.’

‘He was a hardworking dad, responsible, a loving person who would help out anybody he could, take his shirt off and give it to anyone that needed it,’ Keymolen said.

Aguilar-Estrada’s brother-in-law Mike Keymolen (above) told KOIN at Molina’s sentencing that the vi
ctim was ‘a loving person.’ He added that he wished that Oregon had the death penalty

‘He was a good guy, a good father and now he’s no longer with us.’

He added that Molina ‘doesn’t deserve to be out’ and wished that the death penalty was in the state.

KOIN reported that the victim’s mother, Rosalba, wrote a statement that read: ‘I have suffered a very big loss, he didn’t deserve that. I don’t understand why I opened the doors of my house to a murderer. I regret that with all my soul.’

The victim’s family plans to fight for custody of the two boys.

Party balloons explode in a giant fireball in India