A soccer fan in Sacramento, California, couldn’t contain his excitement upon learning that his team had won their match and was one step closer to possibly winning the World Cup.

In a video shared on Twitter by a woman named Sophia, her father, known only as Ashraf, he can be seen breaking down in tears after seeing Egypt win against the team from Congo in an apparently nail-biting match, which took place on Sunday.

At first, the father of three daughters, can be seen with his head on an ottoman in what looks like a silent prayer that his team will pull through and come out as the eventual victors, as the clock reveals there are just 50 seconds left in the match. 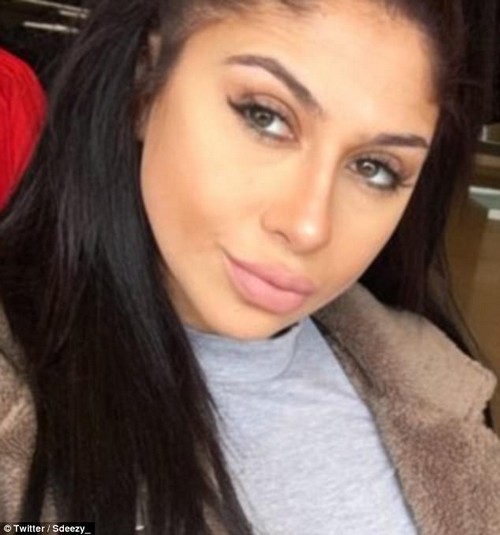 Caught on camera: A Twitter user named Sophia (pictured) shared a clip of her father Ashraf’s breaking down in tears when his soccer team won its match 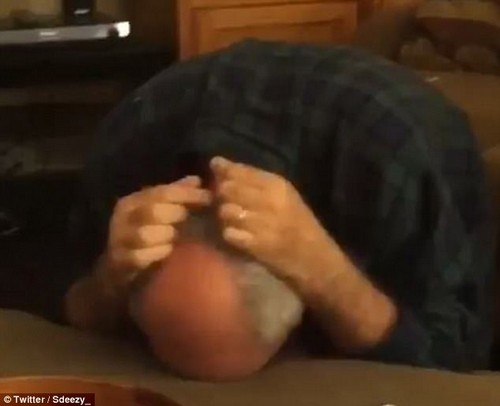 A happy soccer fan: Upon realizing that his team was going to win, Ashraf began to get emotional and is seen leaning over in anticipation at the start of the video

He then lifts his head and arms and briefly rejoices in the fact that time is running out which means that Egypt is just seconds away from being named winners of the game.

In the background, someone can be heard saying 50 seconds every few moments to remind the father and soccer fan that the game is nearly over.

The man remains on his knees and in his plaid navy blue and green pajamas while he buries his head to the floor and continues to cry from happiness.

He isn’t the only one celebrating the win as players on the man’s TV screen can also be seen jumping and rejoicing in excitement over their win.

The man finally lifts his face from the ground but continues to sit on his knees and stare straight ahead and then to the TV after he places both his palms on his face in disbelief. 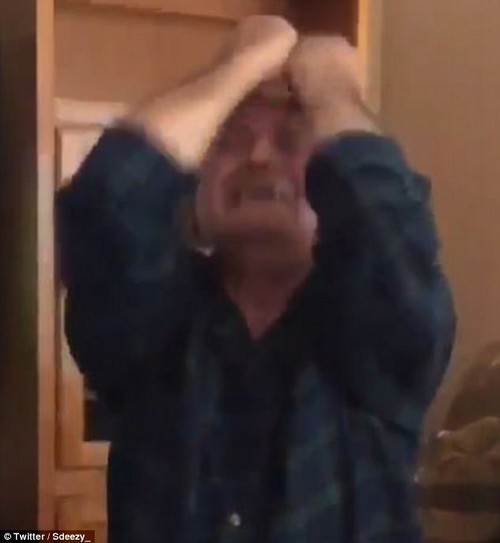 Rejoice! Ashraf then gets on his knees and puts his hands on his head to celebrate the win 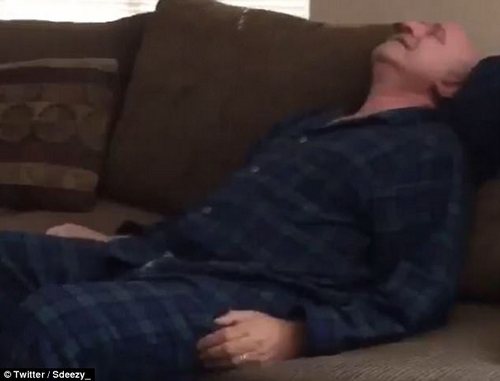 The calm after the storm: With ten seconds left in the game, Ashraf relaxes and lies on the couch, ready to celebrate the victory once again after the final whistle

All grown up: Ashraf is father to three daughters, who all appear to live in California

He then gets up to make more comfortable accommodations for himself and sits on the couch where he lays his head down and accepts that his team are champions.

Before the video cuts off, someone in the background can be heard saying ‘Ten seconds, ten seconds,’ but the father doesn’t pay attention but instead looks up, lifts his hands in appreciation then looks back to the TV to watch the final seconds of the match.

This isn’t the first time Ashraf has been featured in his daughter’s videos as he isn’t camera shy and is always up for a laugh at his expense.

Egypt confirmed their place at the 2018 World Cup finals when they beat the Congo in a last gasp goal from Mohamed Salah that was enough to send the Pharaohs through.

The win clinched Egypt a long-awaited spot in Russia, where the Arab world’s most populous country will compete on soccer’s ultimate stage for the first time since Italy in 1990.