Maria Butina spent 18 months in an American prison after admitting to working as an unregistered foreign agent. She has worked at RT as a correspondent since returning from the U.S. in 2019.

“Navalny chastised her for 15 minutes in front of a line of prisoners, calling her a parasite and a servant of a regime of thieves,” his Telegram channel said.

The crew arrived at the prison colony, known as one of Russia’s harshest, a day after Navalny announced the start of his hunger strike to demand proper medical care for severe back pain and a numb right leg.

“Today, instead of a doctor, a wretched propagandist from the RT channel [Maria] Butina arrived, accompanied by video cameras. She yelled that this was the best and most comfortable prison,” says the message published to Navalny’s Telegram channel by his team.

According to the Telegram post, Butina then recorded interviews with “activists” who agreed to tell her “about how everything is fine.”

The message added that Navalny has lost 8 kilograms since arriving at Penal Colony No. 2 last month to serve a 2.5-year sentence. He was sentenced in February for violating parole in a 2014 suspended sentence for fraud while recovering in Germany from a near-fatal poisoning last year. 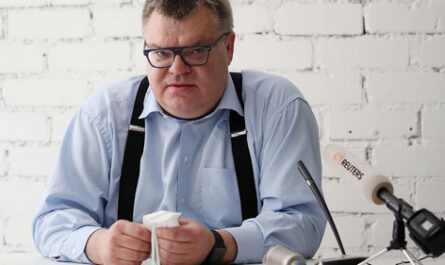 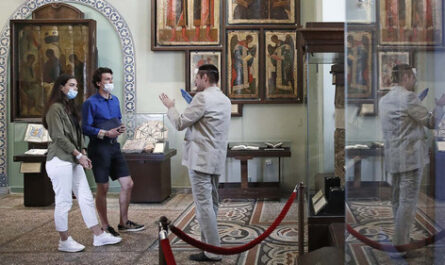