The decree was based on a nationwide 2011 law forbidding foreigners from buying land near federal borders across the country, and Russian and Crimean authorities have denied that the Crimea legislation was politically motivated, pointing to the similar laws in other Russian border regions.

In March 2020, Russian President Vladimir Putin signed a law prohibiting foreigners from owning land in most parts of Crimea — including the popular coastal areas of Sevastopol, Kerch, Yalta and Yevpatoriya — giving them a year to sell or register their property with a Russian citizen. It came into force on March 20.

In 2012, Lyudmila, a Ukrainian teacher living in Kiev, was overjoyed when she inherited her grandmother’s small house set on half an acre of land overlooking Kerch, a picturesque city on the Black Sea in Crimea.

Last week, she received a letter saying she will have to sell her land to the Crimean authorities, which have been under control Russian since the 2014 annexation of the peninsula.

“It was a punch in the gut. To lose the land that belonged to your family for so long is just sad”, said Lyudmilla, 32, who asked for her surname to be withheld as she is considering her legal options.

She is one of around 11,000 foreign landowners on the peninsula — most of them Ukrainian — who are no longer allowed to own land under Russian law.

They have also stressed that foreigners can keep their houses in Crimea if they sell the land to the authorities then rent it back.

“It is meant to physically erase any traces that are left of Ukraine on the peninsula,” he said.

Timochko pointed to data from the Russian Federal Service for State Registration that shows that of the 11,000 foreign landowners in Crimea, more than 9,000 are Ukrainian citizens.

Specifically, the law will have an impact on Ukrainians, like Lyudmila, who have owned land and properties on the peninsula since before the 2014 annexation but were not born or registered in Crimea.

Timochko said that over the last year he has received “dozens” of requests for help from Ukrainian citizens with land in Crimea. He has advised many of them to bring their cases to the European Court of Human Rights.

Since then, Russia has prosecuted hundreds of Crimean Tatars on terrorism charges, drawing criticism from rights groups who say Moscow is locking up ideological opponents as religious extremists. Crimean Tatars have also complained that much of their land has been confiscated.

Nariman Djelyal, a Crimean Tatar activist, said he believes the foreign ownership law was introduced to further push the remaining Crimean Tatars out of Crimea, or encourage them to get Russian citizenship.

“This law will negatively affect the already troubled situation of the Crimean Tatar community,” he said.

The international community considers Russia’s annexation of Crimea in 2014 to be illegal, with the U.S. and other Western countries placing sanctions on Russia and banning their businesses from operating on the peninsula. As a result, it isn’t a popular holiday destination for Westerners, despite its natural beauty. The few that do own land told The Moscow Times that they have been able to keep possession by registering it with their Russian partners.

“Because my wife is Russian, we were able to make a smooth transition,” said Jimmy Eshkol, a Canadian citizen who runs a travel company.

The implementation of the law comes on the back of deteriorating relations between Ukraine and Russia.

On Tuesday, Moscow and Kiev traded accusations of responsibility for an increase in violence between Ukrainian government forces and Kremlin-backed separatists in eastern Ukraine, leading to a rise in deaths. Russia has fiercely criticized a new set of language laws that came into force in Ukraine in January mandating the use of Ukrainian in the service industry.

Crimea too has been a focal point of building tensions between the two states. After Russia annexed the peninsula, Ukraine cut off the supply of water from the Dnipro river, leaving the majority of inhabitants struggling for supplies, a problem the Crimean authorities are still working to resolve.

For Lyudmila, the geopolitical tensions have come at a personal cost.

“I was looking forward to spending my holidays in our Crimean house. But the land will probably never belong to me again.” 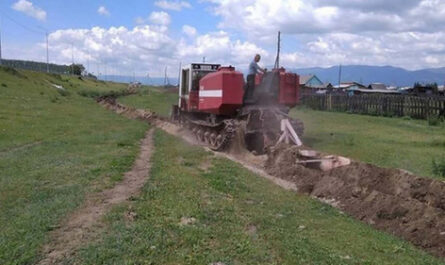