The District Court for the Northern District of California on Tuesday sentenced Nikulin to 88 months in prison after a jury found him guilty him in July of intrusion, identity theft, trafficking and conspiracy.

The nearly four years Nikulin has spent in pre-trial detention will count toward his sentence.

“I want to impose a sentence that would take into account that the time imposed is harder on him than anyone in his position,” Judge William Alsup said, pointing to the fact that Nikulin has a young daughter in Russia and that his mother is in poor health.

A Russian national has been sentenced to seven years and four months in U.S. prison on charges of hacking LinkedIn and Dropbox, the Courthouse News Service website reported Tuesday.

Yevgeny Nikulin, 32, is accused of stealing some 117 million LinkedIn and Dropbox login codes in one of the country’s largest data breaches in 2012. He was arrested by the FBI in the Czech Republic in 2016 and extradited to the United States two years later.

One of Nikulin’s lawyers, Arkady Bukh, has said the defense is considering appealing the sentence.

The state prosecutor, Assistant U.S. Attorney Michelle Kane, warned that “it is incredibly important for the hackers of the world to know that they cannot act with impunity.”

“The United States economy is not their playground,” Kane was quoted by Courthouse News as saying. “We may not catch all of them, but we will catch some of them and when they come here, the punishment is real.”

According to the U.S. news site RFE/RL’s citation of court filings, Nikulin’s hacking colleagues had referred to him as the “‘Putin’ of the hacking world.”

The revelation was part of a multiyear U.S. law enforcement campaign to arrest suspected Russian cybercriminals, which also revealed that Russian agencies like the Federal Security Service (FSB) had allegedly directed some of the hackers’ efforts. 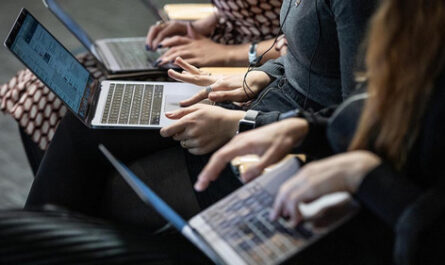 This Russian Teacher and Feminist Activist Is a ‘Foreign Media Agent’