“The parties expect that the transaction will be closed within a few weeks. The transaction takes place under market conditions, but the financial parameters and price of the deal are not being disclosed. Sovcombank plans to integrate Vostochny Bank within 12-18 months,” the lender said. The deal is subject to approval by Russia’s federal antimonopoly service and the Central Bank, though no objections are expected.

The deal appears to mark the latest stage in the winding down of the so-called “Calvey affair” — a dispute between Baring Vostok and Avetisyan which saw Calvey and several of his colleagues arrested in 2019.

The arrests were met with uproar from both the international and domestic investment community in Russia. Calvey — a long-time investor who moved into Russia shortly after the fall of the Soviet Union and has backed some of the most successful Russian technology and finance companies over the last two decades — even won public support from President Vladimir Putin’s spokesperson Dmitry Peskov, who said he was a “trustworthy businessman.”

Investors previously told The Moscow Times the case had supplanted sanctions and geopolitical risks as the top concern among would-be business partners looking to do deals in Russia, who feared it represented fresh risks concerning the criminalization of business disputes and showcased Russia’s weak rule of law and insufficient legal protections for private assets.

At the heart of the original dispute was a 17 billion-ruble ($220 million) claim against Avetisyan for asset-stripping a lender he owned before an agreed merger with Vostochny Bank in a deal with Baring Vostok. That case was playing out in various arbitration battles, with Calvey and Baring Vostok having already won some early procedural rulings when Calvey and his colleagues were arrested on embezzlement charges in a shock development in February 2019.

The two sides struck a secretive “global peace deal” last October which saw both drop their various claims against the other and Baring Vostok hand over 2.5 billion rubles ($32 million). Insiders and friends of Calvey hoped that would be the first step towards the dropping of criminal charges against Baring Vostok employees, even while they lamented the fact it appeared to be a reward for Avetisyan’s strong-arm tactics.

The criminal case against Calvey, French investor Philippe Delpal and several Russian Baring Vostok associates is ongoing, though a court lifted various house arrests and asset freezes against the group shortly after the peace deal was struck.

The deal to offload Vostochny appears to end Baring Vostok and Avetisyan’s interests in the disputed lender. Avetisyan and his colleague Sherzod Yusupov will sell a 50.01% stake in Vostochny, with Baring Vostok offloading their 41.63% stake.

Sovcombank is Russia’s eight largest lender by assets, business site The Bell reported, with Vostochny ranked 39th. According to state-run news agency Interfax, Vostochny’s equity capital before the deal was worth around 28 billion rubles ($370 million). 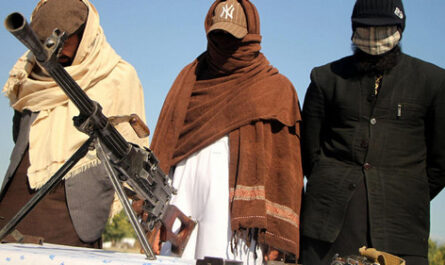