That deal also saw the insurgents agree to peace talks with the administration of President Ashraf Ghani, but they have made little progress since starting in Qatar in September, and with the withdrawal deadline looming Afghanistan’s future is as uncertain as ever.

Washington wants to jump-start the peace process and get the Taliban and Afghan government to agree to some form of power-sharing.

Moscow has also endorsed the idea of an interim administration, but this has been fiercely rejected by the government, namely Ghani, who repeated Tuesday that the only way to transfer power should be via elections.

Russia will attempt to insert itself into a faltering Afghanistan peace process Thursday when it hosts a conference that has drawn high-level delegations from the Taliban and Afghan government — as well as representation from Washington, Pakistan and China.

The United States is supposed to complete a withdrawal of all its troops from Afghanistan by May 1 as part of a deal with the Taliban — a deadline President Joe Biden said Wednesday would be “tough” to meet.

Here follows some questions and answers about Thursday’s Moscow meeting:

What is the point of it?

Sayed Naser Mosawi, a Kabul-based analyst, said the Moscow conference is largely a curtain-raiser for an even bigger gathering to be held in Turkey next month.

In Doha, the Americans and the Taliban seemed to “dictating the rules as they wished,” but a change of venue will more likely be different and prove more fruitful, he added.

“This conference will be a new opportunity for both the Taliban and the government to express and perhaps review their stances on otherwise sensitive issues,” he said.

Kabul’s ambassador to the UAE also said recently that peace talks should not be held in one location as the Taliban had become too “comfortable” in Qatar since opening an office there in 2013.

“We want the Taliban to get out of their comfort zone,” said Javid Ahmad.

The Taliban and Afghan government delegations are basically the same as those involved in the Qatar talks, with a few additions.

The insurgents are led by the Taliban’s co-founder and deputy leader Mullah Abdul Ghani Baradar, while the government side is headed by former chief executive Abdullah Abdullah.

Pakistan — which holds the most outside influence over the Taliban — is represented by retired veteran diplomat Mohammed Sadiq, while the U.S. is sending longtime special Afghan envoy Zalmy Khalizaid.

What is the current situation?

Major urban centers in Afghanistan are in the grip of a bloody terror campaign in the form of attacks targeting politicians, civil servants, academics, rights activists and journalists.

The Taliban routinely deny responsibility, but the government says the insurgents are definitely to blame — either directly, or by using proxies.

Will the May 1 withdrawal deadline be met?

Biden said Wednesday it was possible to meet the deadline, but that it would be “tough,” adding it “was not a very solidly negotiated deal” that former president Donald Trump worked out.

“I’m in the process of making that decision now as to when they’ll leave,” he said in a television interview.

The Taliban — who have largely stuck to a promise not to attack US or other foreign troops since the deal was struck — say the date is inflexible.

Analysts suggest some sort of face-saving compromise will result, with Washington saying it has met its obligations while at the same time leaving some U.S. experts attached to Afghan forces in advisory roles.

A complete withdrawal of U.S. troops — particularly given the vital air cover provided to Afghan ground forces — will further loosen Kabul’s tenuous grip on the countryside. 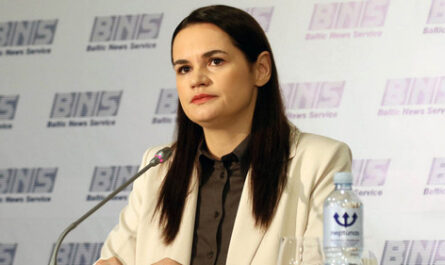