Lawyers for both Navalny and Navalnaya told the state-run TASS news agency that they could not confirm her departure and had no information about it.

German newspaper Der Spiegel reported that Navalnaya landed in Frankfurt on Wednesday evening for a “private visit,” citing unnamed sources. According to FlightRadar24, a Lufthansa flight from Moscow’s Domodedovo airport landed in Frankfurt at 6:07 p.m. local time (8:07 p.m. in Moscow) — the only Domodedovo-Frankfurt flight scheduled Wednesday.

Her reported departure comes a week after Navalny was sentenced to 2 years and 8 months in a prison colony for breaking probation in a 2014 fraud conviction while recovering from a near-fatal poisoning in Germany that he blames on President Vladimir Putin.

Navalnaya had been staying in Germany with her husband since he was evacuated there in a coma in August. The couple returned to Russia on Jan. 17, where Navalny was detained at passport control.

His arrest sparked some of the largest nationwide protests in Russia’s recent history and a brutal crackdown on demonstrators with at least 10,000 people detained over two weekends. Navalnaya herself was detained twice during the protests. She received a 20,000 ruble ($270) fine following the Jan. 31 protest for taking part in an unauthorized protest that blocked traffic.

The couple’s two children are believed to be abroad.

Navalny’s brother Oleg is among several of his allies to be charged as part of a criminal case on violating coronavirus-related bans on mass gatherings by calling on supporters to attend the Jan. 23 protests.

This week, a Russian business association asked lawmakers to ban individuals labeled “foreign agents” and their family members from running for political office, pointing to Navalnaya as a specific example.

“Preventing possible participation in the State Duma elections of Yulia Navalnaya, the spouse of foreign agent Alexei Navalny, will prevent the ‘Belarusian scenario’,” the business association said, referring to Belarusian opposition leader Svetlana Tikhanovskaya, who ran for president after her husband, also a presidential candidate, was jailed ahead of last year’s election.

The Belarusian opposition maintains that Tikhanovskaya defeated longtime Belarus President Alexander Lukashenko in the August vote and protests have been ongoing there for six months. Tikhanovskaya herself fled Belarus for EU neighbor Lithuania shortly after the election due to pressure from the authorities. 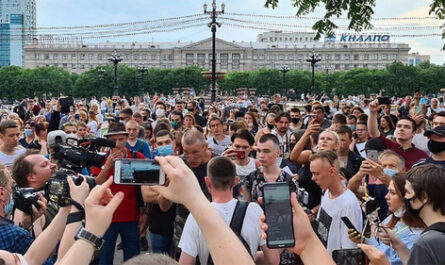 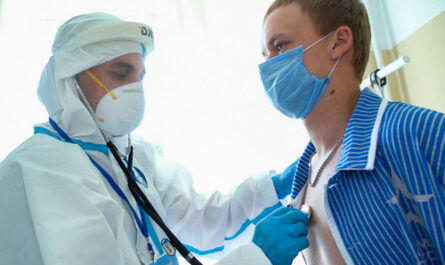