Hours before voting ended – and official exit polls claimed a 79.7 per cent victory for long-time leader Alexander Lukashenko, and an equally unbelievable 6.8 per cent share for his nearest rival Svetlana Tikhanovskaya – Belarus had all but declared a state of emergency.

Footage of soldiers and military equipment entering the capital was shared widely by locals, who appeared both excited and spooked by the serious prospects in this usually calm backwater.

By 6pm local time (8pm BST), reports suggested most of the capital Minsk’s central squares and government buildings had been cordoned off. Transport systems were shut down. Roads in and out of the capital were also reportedly closed. A similar picture was emerging in cities across the country.

The regime’s nervousness extended to the internet, which by the evening had slowed to a standstill. Major disruptions to mobile networks were reported from the morning and proxy servers, used widely in these parts to get around censorship, became unreliable. 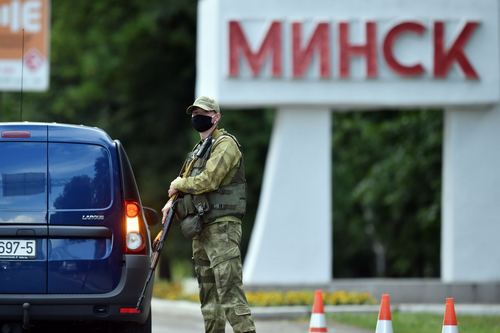 Journalists and independent observers were a target. At around 2pm local time (4pm BST), reporters from the Russian liberal outlet TV Dozhd were handcuffed and held to the ground. They were working without accreditation, it was reported. Most foreign journalists had, in fact, been refused accreditation.

Sunday’s events came at the end of an unexpectedly panicked campaign for Belarus’s longtime leader – one that saw opposition candidates jailed, protesters snatched from the streets, the president claim a scarcely believable Russian-backed plot, and where his main rival was forced into hiding on the eve of voting.

Few anticipated a serious challenge from the unity opposition candidate Svetlana Tikhanovskaya, 37, who only entered the race after her husband jailing of her husband. But her invigorating campaign took Belarus by surprise – and wrong-footed Mr Lukashenko, who has towered over the post-Soviet nation for 26 years.

Few anticipated she would be able to unify the opposition – she did so in a 15 minute meeting. Few believed she could lead a clear campaign – she did so with a simple promise to deliver fresh elections, walk back authoritarian changes to the constitution, and free political prisoners.

Over the last few weeks, Ms Tikhanovskaya’s campaign brought over 200,000 people to the streets in support. It was an astonishing moment for Belarus, a police state of just 9 million people where dissent often leads to jail.

Flanked by Veronika Tsepkalo, the wife of another jailed candidate, and Maria Kolesnikova, the opposition campaign carried an unmistakably feminist, modern challenge to the openly mysoginist president.

But underestimating Ms Tikhanovskaya was only one of many mistakes the usually adroit, populist Mr Lukashenko made this year. He faced a backlash over Covid-19 denialism, claiming the virus was avoidable with vodka and trips to the sauna. His management of the country’s increasingly desperate economic position – and its rapidly unwinding model of Soviet planning with Russian subsidies – also provoked much anger.

Given the fact independent polling is illegal in Belarus, it’s unclear quite how vulnerable “Europe’s last dictator” has become. But few could accept eight out of ten voted for him today.

An independent exit poll conducted outside polling stations in foreign embassies painted an altogether different picture to the official figures. According to this poll, Mr Lukashenko received just 6.25 per cent, compared to Ms Tikhanovskaya with 79.69 per cent.

Ahead of the end of voting today, Mr Luksahenko said his rivals weren’t even “worthy” of repression. But he seemed to make ominous warnings for those intending to protest.

“All our structures and special services are ready and waiting,” he said. “There is no reason for our country to be plunged into chaos or civil war. I guarantee you that.” 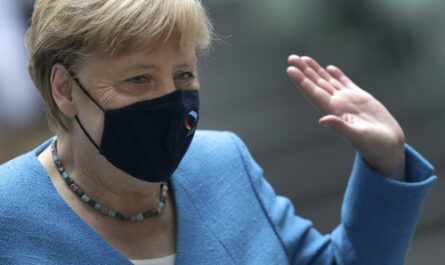