The machines, which are used to also churn out the fast food chain’s milkshakes and ice cream cones, are so temperamental that even the company pokes fun at them.

“We have a joke about our soft serve machine but are worried it won’t work,” McDonald’s tweeted last year.

Now the Federal Trade Commission is probing the situation and contacted franchise owners to get information on what is causing problems with the machines, according to The Wall Street Journal.

The machines are used to produce around 60 per cent of the company’s dessert sales, according to a consumer survey done by research firm Technomic.

Owners of McDonald’s outlets have complained that the machines are complicated to maintain and to fix when they breakdown. 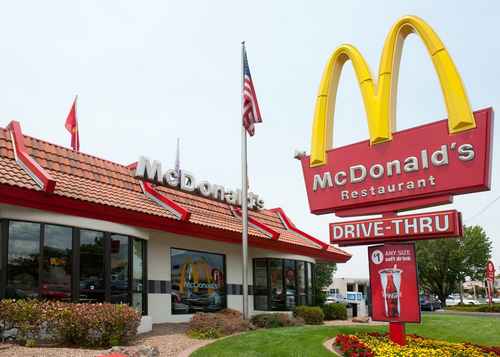 They also need to be put through a four-hour nightly automated heat-cleaning cycle to destroy any bacteria, which owners complain can leave the machines unusable until a repair technician comes to fix them.

The National Owners Association, a group of franchisees, complained about the machines and the reputation they gave McDonald’s, in a message to owners earlier this year.

“We are tired of being the butt of late-night jokes. So are our customers and crews,” the group stated according to the Journal.

The machine manufacturer, Taylor Commercial Foodservice, said that the problems were not the fault of their machine.

“A lot of what’s been broadcasted can be attributed to the lack of knowledge about the equipment and how they operate in the restaurants,” a Taylor representative told the newspaper.

The company added that when working with dairy products, such as the McFlurry, “you have to make sure the machine is cleaned properly. The machines are built up with a lot of interconnecting parts that have to operate in a complex environment and manner.

“There is no reason for us to purposely design our equipment to be confusing or hard to repair or hurt our operators.”

Franchise owners are allowed to fix the machines themselves, rather than wait for an authorised service technician, but Taylor says that the warranty on the equipment will not be valid if that is done.

The FTC’s interest is reportedly in how McDonald’s reviews suppliers and equipment, including the McFlurry machines, and how restaurant owners are allowed to work on the equipment, according to the Journal.

“Intrinsic to the interest in our soft serve machines is our fans’ love of McDonald’s iconic McFlurry desserts and shakes,” said McDonald’s in a statement.

“Nothing is more important to us than delivering on our high standards for food quality and safety, which is why we work with fully vetted partners that can reliably provide safe solutions at scale.

“McDonald’s has no reason to believe we are the focus of an FTC investigation.”

The company has also confirmed that it is introducing new training resources for crew members and regular maintenance “check-ups” on the machines.