On a recent morning in Staten Island, the quiet at Clove Lakes Health Care and Rehabilitation Center was unsettling. Employees in sanitary gowns and face masks moved through a brightly decorated front area devoid of residents or chatter.

Six months ago, the nursing home was one of the deadliest places in New York City, with 40 residents dying in a month. Now the workers who cared for them, sometimes holding their hands as they died, face a second crisis: The home recently laid off more than 40 employees, and others fear they will be next.

“It’s not good,” said Jeanna Engelman, a speech pathologist at the home, speaking with an openness that has been rare among nursing home workers. In the worst times, the intensity of the work built camaraderie among the staff, fueled by fear and the risks they shared. But now, she said, all they can do is worry. “Every time we get paged, we wonder why.”

Theirs are the untold stories of the pandemic: the nursing home workers who reported daily to the viral hot zones, often in facilities without proper protective equipment, and who now face a fiscal crisis beyond their control. Most never spoke publicly about their experiences because the homes did not let them. 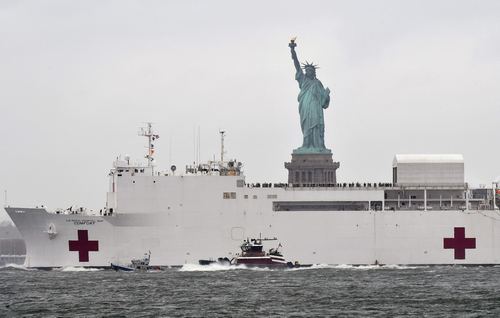 At Clove Lakes, the administration allowed photographer Christopher Occhicone inside beginning in April, when two units were filled with Covid-positive residents. Employees have spoken with rare candor about their experiences, both during the first wave, when people did not know who would die or get sick tomorrow, and in the current financial crash, when they worry about when the next layoffs will strike.

The crisis is not unique to Clove Lakes. In an August survey of nursing homes nationwide, more than half said they were operating at a loss, and nearly three-quarters said they could not last another year if things did not change.

“It’s horrible,” said Lorri Senk, the administrator at Clove Lakes, where revenues have fallen by half, even with the infection rate now close to zero, because patients are afraid to go there. “People are being told by the doctors at the hospital, ‘Don’t take your mother to a nursing home.’

“And you have certain family members who just won’t pay. They’ll say, ‘I have to keep my mother’s Social Security check this month because I lost my job.’ ”

For the employees, the story of the pandemic begins with the most basic question: How do you go to work when you know that the next shift might be the one that kills you or your loved ones?

Often, what they talked about was Lana.

Lana Bass met her husband at Hunter College in the late 1990s. They were both Ukrainian, studying for careers in health care. She chose geriatrics. “It makes you feel like you’re making a significant change,” she said in a recent telephone interview.

Her first job brought her to Staten Island and Clove Lakes, a for-profit home with 576 beds and about 600 staff members. The home has above-average ratings from Medicare and below-average ratings from New York’s health department, which compares it to other homes in the state.

When the coronavirus surfaced in New York nursing homes in March, her husband was working as a physician assistant at Coney Island Hospital in Brooklyn, and she as a physical therapist at the hulking pale brick structure of Clove Lakes. In those early days, there were no tests available for nursing home workers or residents. Information about the virus, and about how to keep safe, changed almost daily.

“I was worried for myself, for my family,” Ms Bass said. “You’re scared, you’re uncertain about tomorrow, but you know your responsibilities. You just keep going.”

In mid-March her husband got sick; a few days later, she did as well, probably through contact with him. Her symptoms were mild, akin to a cold. His case was more serious.

“He went to the doctor’s office and then to the hospital right away,” Ms Bass said. “He was OK. And then everything failed.”

Her husband was still in the hospital, on a ventilator, when she returned to Clove Lakes around 8 April, after a week of illness and two weeks of isolation.

“I felt really numb,” she said. “I was worried about my husband, but I knew I had to hold down the fort. I had no other options, of course.” She agreed to work in the newly established Covid unit at the home because she had already had the virus.

In April, staffers arrived in the mornings not knowing which resident would die that day, which risks they would have to take. Though the home provided ample masks and gowns, the work made social distancing impossible. At night, they watched news reports calling New York’s nursing homes the deadliest places in America.

“People were very afraid,” Ms Engelman said. “But nursing is a calling. When someone was urging me, ‘Leave there, now,’ how do I not do this? These are my people. I can’t leave them. Of course I’m going to do this.

“Every day I’d come to work and find another one is gone. It was very heartbreaking. I still think of my patient Lisa, who was in her 60s. I’d go to her unit every day to watch her die.”

Shawn McArthur, a certified nursing assistant, was about to take a vacation to Japan when the pandemic hit. Instead of traveling, he stayed home and considered not returning to Clove Lakes.

“I saw my closest co-workers infected by the virus, and we were losing people,” he said. “Friends told me that emergency rooms were packed, and there were no ventilators, so don’t go to the hospital if you get sick.” He put off treatment for a bad toothache because he was afraid to go to the dentist.

He was living with his girlfriend, a swim coach who writes comic books, as he does. He wrote a personal letter and left it in one of his books, “just in case anything happens to me,” he said. “I tried to keep it inside, but it was very scary.”

The stress was unrelenting, he said. Once employees reported to the Covid unit, they could not leave or see other colleagues until the day’s end. Residents, especially those with dementia, often did not understand why their relatives were not visiting, and why they could not leave their rooms and be with their neighbours for meals or activities.

“The worst was when you had to tell them they had to go back in their room, because the resident in the next room passed away, and you have to put them in a body bag,” Mr McArthur said.

“One day you’ll see an ambulette come in and haul someone out and they’ll never come back,” McArthur said. “It is the worst experience to have.” Each death took a toll on the staff, but there was no time to grieve, he said. “You develop chemistry with someone, and it’s like they’re part of the family or a close friend. And we are all they have sometimes, especially after they stopped having visitors.”

The home did not provide counsellors to help the staff members deal with stress but directed them to a hotline set up by the state office of mental health, Ms Senk, the administrator, said.

Ingrid Wiesel, a physical therapist at the home, was surprised when she was assigned to work in a Covid unit. At 64, she said, she was at greater risk than some of her younger colleagues who declined the assignment.

But when the home moved her back into the general population after five weeks, because there were no longer enough patients in quarantine, she felt let down.

“I missed the intensity of it,” she said. “The work was very hard emotionally, because you wanted to give to the patients. Sometimes you didn’t know if they recognised you, because we all looked the same with all the PPE. But when it was over and they took me off that floor, it was sad. I had gotten used to the intimacy.”

‘We Were Absolutely Hysterical’

As the nursing home scrambled to control the virus, a second crisis was building. Hospitals were no longer performing elective surgeries, so they were not sending patients to the home for short-term rehabilitation, which is the financial lifeblood of all nursing homes. Facilities lose money on long-term care residents, whose stays are typically paid for by Medicaid, and make it up on short-term rehab patients, whose care is subsidised more generously by Medicare.

As revenue dropped, the cost of masks and other protective equipment “started to soar,” Ms Senk said. “Things were triple and quadruple in price. A box of gloves went from $2 to $30. A gown that was 50 cents went to $8.50, and $14 from one vendor. Our director of nursing would meet vendors out on the street to feel the quality of what they were selling. It was almost like they were selling them out of the trunk of their cars. It was scary. But we did what we had to do.”

Ms Bass was at Clove Lakes in April when the hospital called to say that her husband had died. She ran out of the home, followed by two co-workers. This was a blow for all of them. They had worked so close to death among the people they cared for. Now death had come for one of them as well.

“We were absolutely hysterical,” Ms Engelman said. “I started crying, almost screaming. It became real. Somebody you know died. Now you have to put on that Martian gear and go back in and face it. I entered the unit not recognising anybody.”

As the summer wore on, the infection rate plummeted, but few new patients moved into Clove Lakes. The home cut down on overtime and stopped filling positions when employees left. Some workers were asked to skip shifts.

For the home, federal stimulus money helped address its increased costs, but the funding was distributed among the nation’s nursing homes according to their size, not recognising that some — like those in New York City — were hit harder by the virus, said Mark Parkinson, president of the American Health Care Association and National Center for Assisted Living, a trade organisation. His group called for a second round of stimulus to offset the decreased revenues. “If that happens, we can get into the spring,” he said. “If not, a lot of these facilities won’t survive.”

Ms Wiesel said she did not know which scared her more, the virus or the job insecurity. With so many cutbacks throughout the industry, if Clove Lakes lets her go, she does not know where she will find another job.

“You don’t know the unknown,” she said. “The administration is going to say one day, ‘These people have got to go.’ That’s why I don’t complain, I just work. I’ve been a therapist for 42 years. I’m still dedicated. I’m not burned out.”

The way out of the crisis is not clear. Neither Ms Senk nor Mr Parkinson suggested structural changes, instead placing their hopes on a vaccine to bring people back to nursing homes. But older people’s immune systems do not always produce the antibodies that make vaccines effective.

In the meantime, in October Clove Lakes passed its second week without a positive test, which meant it could allow family visitors inside for the first time since March — if they made an appointment, and if they had negative test results within the past week. The first day there were two visitors, including one who said she planned to sue the home over a financial dispute.

Within a week, an employee tested positive, which ended visitation for at least another two weeks. The next day a resident tested positive. In a half-empty nursing home, she now has a whole floor to herself. 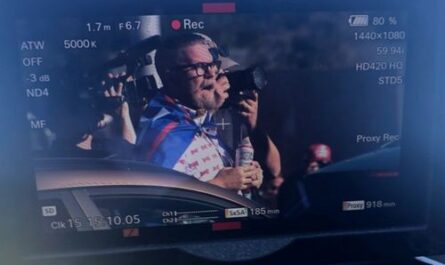