Four employees at a correctional facility in Washington state are under investigation for violent and racist social media posts about black Americans and the killings of two protesters in Kenosha, Wisconsin.

A series of Facebook posts were shared on Twitter by a Seattle attorney and former public defender showing King County’s Department of Adult & Juvenile Detention (DAJD) correctional officers, including a sergeant, appearing to endorse shooting protesters at police brutality demonstrations while voicing support for Donald Trump.

The posts – first reported by Patch – include a photo from Kenosha, where two people were killed during demonstrations in the wake of the police shooting of Jacob Blake, who was left paralysed after an officer fired several rounds into his back. 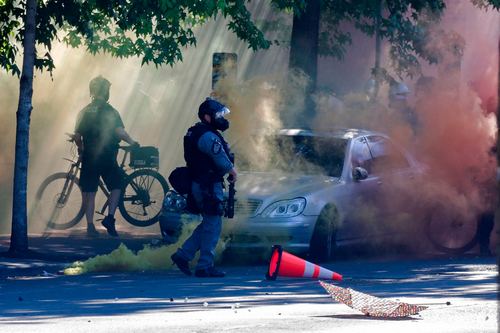 In another post from a different employee, the caption reads: “If America is so Racist, why do so many Black and Brown people want to migrate here?”

A post from a sergeant at the jail said to “return fire on these sacks of trash” and “Trump Trump Trump.”

He shared another post that said “the trick” against Black Lives Matter protesters is “BIG TRUCKS, MAGA & AMERICAN FLAGS ALONG WITH PEPPER SPRAY.”

Another employee shared posts disparaging Rayshard Brooks, who was killed by police in Atlanta, an Islamophobic cartoon with Colin Kaepernick, and false claims about Muslim congresswoman Ilhan Omar.

On 31 August, a corrections officer “notified Command Staff about an inappropriate social media post by a sergeant,” a detention centre spokesperson confirmed to The Independent.

The case was “immediately referred” to an internal investigations unit, who is reviewing the posts and will report to a commanding officer “to determine if the allegation is sustained.”

“DAJD has almost 1,000 employees, a microcosm of the community, with different points of view,” a DAJD statement said. “Violence and racism will not be tolerated at King County.”

“Postings that violate DAJD Code of Conduct on or off-duty will be investigated, and could lead to discipline,” according to a spokesperson.

DAJD director John Diaz told The Independent in a statement that “this is a large organization with a diverse workforce doing a very difficult job.”

“The vast majority do their jobs very well,” he said. “We will not tolerate racism or the promotion of violence on social media or other forums. That applies in the workplace or on personal time. We will take immediate action whenever allegations of this type of inappropriate conduct come to light, as we have in the most recent case. After a thorough investigation, if the allegations are sustained, we will take disciplinary action.”

Protests against police brutality and systemic racism have continued in Seattle following the Memorial Day killing of George Floyd in Minneapolis, which galvanised an international movement for reforms.

Seattle attorney Sade Smith told Patch she has frequently visited the jail to represent protesters and has often encountered abuse and information blocks, as well as poor conditions at the facility.

She has called for the officers involved in the investigation to be fired.

“We’re talking about people who have obvious racial issues being in charge over people with no power, and that’s just dangerous,” she told Patch. “You’re not qualified to be in that situation, you need to be doing something else.” 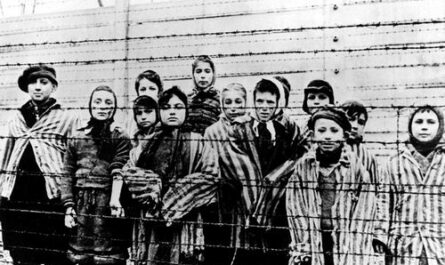