Not long before that, she had used her Instagram account to announce that she would personally pay a second pension for all Russians who wanted one — apparently in an effort to undo the damage of previous impolitic statements she had made. Instagram classified her post as spam and deleted it.

The fact that the RT Editor-in-Chief expressed such sentiments is not unusual: many people display similar emotional outbursts on social networks when their posts get deleted. What struck me and many other observers was that she chose to publish her thoughts not on Russian social networks, but on Twitter — and she sent them from her iPhone no less.

But all ridicule aside, observers saw in Ms. Simonyan’s words the confirmation of their worst fears.

After all, the way the authorities have unceremoniously thrown opposition leader Alexei Navalny in jail and dealt mercilessly with two successive nationwide protests demanding his release, has made it clear that the Kremlin will be tightening the screws on Russian society up until parliamentary elections this fall — and maybe until the subsequent presidential elections and beyond. 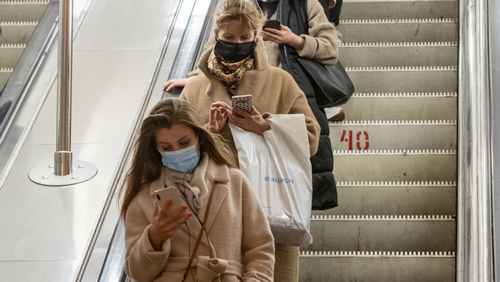 There is no sign whatsoever that leaders will ease up on the pressure or cut anyone anywhere even a little slack. Riot police in helmets, swinging batons and rattling their metal shields continue to advance, trampling step by step on the little freedom of expression that still remains in Russia.

Activity that until only recently was permissible is now grounds for administrative arrest and the authorities now open criminal cases against protestors with little regard for either proper procedure or public opinion.

This has led many to question whether Russia’s few remaining patches of freedom — small independent media outlets and international social networks — will be shut down.

And, at least since 2013, the task of controlling public opinion has been accomplished by troll factories — organized groups of state-funded bloggers who directly or indirectly influence how messages from famous people and media outlets are perceived by using set guidelines to shape commentary.

Although these measures have worked for the last eight years, they might not prove as effective now that the government has gradually begun to cross the line on every front.

What’s more, the Russian authorities cannot summarily switch off foreign social networks like in China: the task is too technologically complex to accomplish overnight. Recall that Russian censors couldn’t even manage to block the Telegram messenger after two years of trying.

But if the government plans to actually shut down the social networks, and not just engage in political hyperbole, there are four main scenarios by which they might do so.

This would be an extremely difficult task technologically and would force Russia to isolate itself from the global Internet almost entirely. Moreover, it could cause major damage to the Russian economy. The Russian authorities would take this step only if they found themselves in such a dire confrontation with the West that they had nothing left to lose.

Scenario 2. Warning shots. The authorities focus their wrath on a single social network in a bid to frighten them all into obedience. YouTube is the most likely target. Russia’s intelligence agencies probably long ago fixed their gaze on YouTube for its role in disseminating Navalny’s video exposés of official corruption, its largely uncensored social and political content and its utility for organizing protest rallies. However, even in this scenario, the Russian authorities would rely on warnings as long as they possibly could: actually blocking YouTube would cost not millions, but billions of dollars.

Scenario 3. Negotiation. Russia’s censors probably prefer this option, holding out hope that they could convince the foreign platforms to promptly “comply with Russian laws” by removing, for example, opposition videos or calls for public protests. In this case, the sites would probably stage something of an “Italian strike” in which they nod in agreement, but take no steps to remove tens of thousands of pieces of content simply because the Russian authorities asked them to.

Scenario 4. This is the most likely and realistic option.

The ruling authorities will instruct Russian mobile operators and Internet service providers to sabotage the functioning of the foreign social networks.

They might have problems with service only on days when protestors gather, or might even experience constant problems. For example, you have to click on the YouTube link four or five times before it finally opens, or else certain videos will be virtually impossible to view. At the same time, competing Russian sites would work without a hitch. What’s more, the loyal, domestic sites could be granted free traffic, as lawmakers recently proposed and stand likely to implement. Global executions down more than 25% in 2020, Amnesty says