Fox News has cancelled the evening show of veteran anchor Lou Dobbs – a vocal supporter of Donald Trump and his challenges to the presidential election.

“As we said in October, Fox News Media regularly considers programming changes and plans have been in place to launch new formats as appropriate post-election, including on Fox Business — this is part of those planned changes,” a Fox News Media spokesperson told the Post in an email.

“A new 5pm programme will be announced in the near future.”

Soon after the announcement, Mr Trump released a statement, saying that the 75-year-old Mr Dobbs “was great”.

“Nobody loves America more than Lou. He had a large and loyal following that will be watching closely for his next move, and that following includes me,” Mr Trump said. 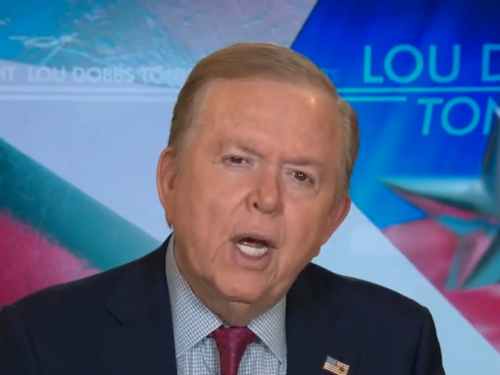 The cancellation comes after Fox News and Mr Dobbs were named in a $2.7 billion defamation lawsuit by Smartmatic, which alleges the company’s earnings were “decimated” by false accusations of rigging the election.

“Fox is responsible for this disinformation campaign, which has damaged democracy worldwide and irreparably harmed Smartmatic and other stakeholders who contribute to modern elections,” Smartmatic chief executive Antonio Mugica said in a statement announcing the lawsuit.

While Fox calls the lawsuit meritless, a Fox News Network staffer told the Post that the cancellation of Mr Dobbs’ program came as a surprise to employees, who presume it is connected to the Smartmatic lawsuit.

The cancellation of “Lou Dobbs Tonight” was first reported by The Los Angeles Times, which said that he still has a contract with Fox News Media but was unlikely to remain on air.

Mr Dobbs will be replaced on Monday with an interim show called Fox Business Tonight, hosted by rotating set of anchors including Jackie DeAngelis and David Asman. 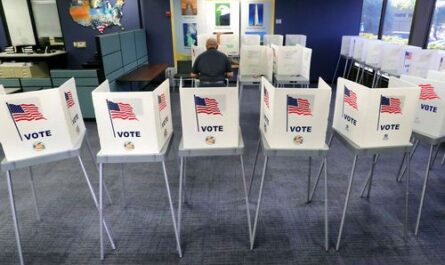 Florida forges ahead in lifting curbs amid virus concerns