French police have launched an investigation after a young woman said she was punched in the face by three men “who complained about me wearing a skirt”.

The 22-year-old woman, identified only as Elisabeth, said she was attacked in broad daylight in the city of Strasbourg while she was walking home.

She told France Bleu Alsace radio that as she was walking, one of the three men said: “Look at that whore in a skirt.”

Two of the three men held her while the third hit her in the face, leaving her with a black eye before they fled. There were over a dozen witnesses to the attack but no one intervened, she said.

French ministers have condemned the “very serious” incident as unacceptable.

Gabriel Attal, a spokesperson for the government, said: “In France we must be able to go out dressed in the street as we want. We cannot accept that today in France, a woman feels in danger, either harassed, threatened or beaten because of how she dresses.”

Junior interior minister Marlence Schiappa, who previously served as Secretary of State for Gender Equality and is now in charge of citizenship, visited Strasbourg on Wednesday to discuss the safety of women in public.

Ms Schiappa told France Bleu Alsace: “A woman is never hit because she wears a skirt. A woman is hit because there are people who are misogynistic, sexist, violent, and who free themselves of any law or any rule of civility by striking them.

“When you’re a student and you have to think about the outfit you have to wear and the message it sends, it’s an overwhelming mental load.”

She urged people to call the police if they witness “street harassment, sexist or sexual assault against women” in public.

The minister announced the recruitment of 80 social workers to be stationed in police stations and gendarmerie brigades to support victims of street harassment and gender-based and sexual violence.

The incident comes after a 18-year-old man was handed a two-month suspended prison sentence after he assaulted two women who were waiting for a tram in Mulhouse.

The man claimed one of the women’s outfits was too short and pushed her to the ground. He was detained on Wednesday and sentenced the following day under a special fast-track procedure allowed under French law. 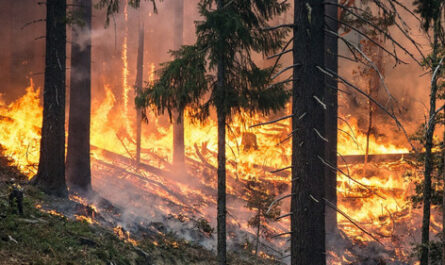