Germany’s coronavirus tracing app has been used to transmit 1.2 million test results from labs to users during the first 100 days, officials said Wednesday.

The Corona-Warn-App, downloaded more than 18 million times since its launch in June, was touted by the government as a key tool in the country s effort to contain the spread of the virus.

But the app, like others in Europe, has suffered a number of hiccups, prompting confusion and annoyance among some users.

Still, Health Minister Jens Spahn insisted the app should be considered a success, noting in particular the fact that most users can get their COVID-19 test result sent directly to their smartphones, without having to wait for their doctor to inform them.

Almost 5,000 people with positive test results have so far used the app to warn others they were in close contact with, he said. 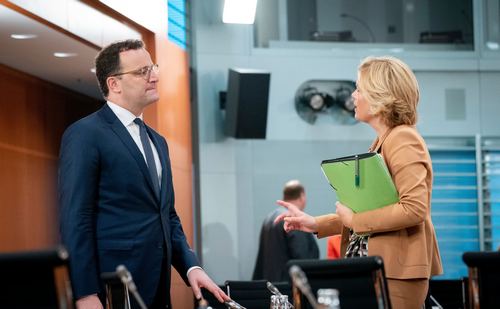 Getting precise data on the number of people alerted about possible exposures has been hampered by German’s strict privacy rules, which mean the app stores all data on phones and not a central server.

Tim Hoettges, the chief executive of Deutsche Telekom which developed the app with software giant SAP said more than 90% of labs in Germany are now connected to the app.

Efforts are underway to establish a European ‘gateway’ that will allow the German app to communicate with those in ten other European countries, including Italy, Poland and Spain, that use the same decentralized, Bluetooth-based system, he said.

Germany faces 10 ‘tough’ weeks if it gets UK-strain of coronavirus, Merkel warns

Angela Merkel has reportedly told members of her conservative party that up to 10 weeks of tough measures could be needed in Germany to control the spread of the highly-transmissible UK variant of the coronavirus.

“If we don’t manage to stop this British virus, then we will have 10 times the number of cases by Easter,” German daily newspaper Bild  quoted the German chancellor as saying, citing participants in the meeting. “We need eight to 10 more weeks of tough measures.”

Although the paper said Ms Merkel had said she expected Germany’s lockdown to last until the start of April, three participants told Reuters she had not explicitly spoken of an extension of the lockdown until April. They also said she had not warned of a tenfold increase in infection numbers in Germany.

“Merkel said the coming eight to ten weeks would be very hard if the British variant spreads to Germany,” one said, adding the chancellor had referred to a tenfold surge in infection numbers in Ireland due to the new variant.

Europe’s largest economy aims to be able to limit the spread of the virus until enough of its population has been vaccinated to achieve herd immunity. 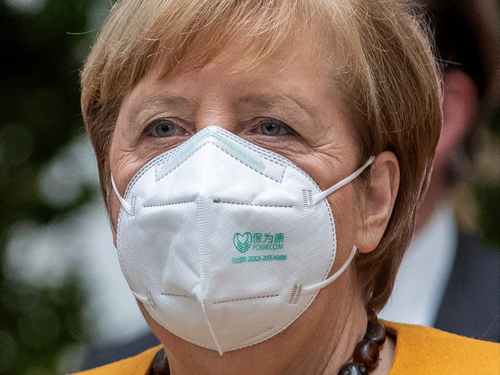 Last week Germany tightened its national lockdown and extended it until the end of January over fears the more transmissible variant of the virus discovered in Britain could heap additional strain on struggling hospitals.

It comes as the Robert Koch Institute for infectious diseases reported 12,802 new Covid-19 cases on Tuesday, with the death toll rising by 891 to 41,577.

Meanwhile, the premier of the southern state of Bavaria, Markus Soeder, called for a discussion on introducing obligatory vaccinations for nursing home staff as many of those working in homes did not plan to get jabs against Covid-19.