Apple has warned right-wing social media platform Parler to produce and implement a content moderation plan or risk its removal from the App Store, following incitement of violence that has spread across the platform in the wake of an insurrection attempts at the US Capitol.

Google has also suspended Parler from its Play Store “in light of this ongoing and urgent public safety threat.”

In an email to Parler executives, Apple wrote: “We have received numerous complaints regarding objectionable content in your Parler service, accusations that the Parler app was used to plan, coordinate, and facilitate the illegal activities” in Washington DC.

“The app also appears to continue to be used to plan and facilitate yet further illegal and dangerous activities,” the email said.

The Twitter- and Facebook-like, timeline-focussed app grew in popularity last year after far-right, pro-Donald Trump personalities abandoned other social media networks over perceived censorship issues or were banned from them altogether. The app has described itself as an “unbiased social media focused on real user experiences and engagement” that allows “free expression without violence and no censorship.”

Over the last several months, violent political threats, conspiracies and insurrection-related posts have proliferated across the app, particularly in the days leading up to Wednesday’s violent siege at the Capitol. The app has served as a more-mainstream access point for QAnon conspiracies and messages from Proud Boys leadership. 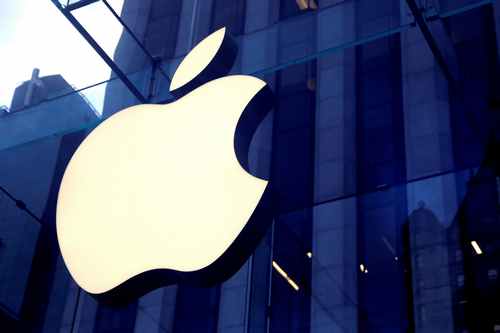 On Friday morning, Apple gave Parler 24 hours to submit a content moderation plan, attaching several examples of incitement and calls for violence that appeared on Parler accounts with large followings. The news was first reported by BuzzFeed News.

In a statement from Google, the company said: “We are aware of continued posting in the Parler app that seeks to incite ongoing violence in the US. We recognise that there can be reasonable debate about content policies and that it can be difficult for apps to remove all violative content.”

Later that day, Twitter permanently suspended the president from its platform “due to the risk of further incitement of violence,” the company announced.

Twitter users who migrated from the platform to Parler have urged the president to do the same; several GOP members of Congress use the app, as well as White House press secretary Kayleigh McEnany.

Apple said it disagreed with Parler CEO John Matze, who said in recent remarks that he doesn’t “feel responsible for any of this and neither should the platform, considering we’re a neutral town square that just adheres to the law.”

“We want to be clear that Parler is in fact responsible for all the user generated content present on your service and for ensuring that this content meets App Store requirements for the safety and protection of our users,” the company said. “We won’t distribute apps that present dangerous and harmful content.”

Apple said Parler must remove all objectionable material from the app, including but not limited to several examples that Apple provided.

Apple said the proliferation of posts and other similar content on the app violates two elements of its safety guidelines.

The company said: “We found that your app includes content that some users may find upsetting, offensive, or otherwise objectionable. Specifically, we found direct threats of violence and calls to incite lawless action. … Your app enables the display of user-generated content but does not have sufficient precautions in place to effectively manage objectionable content present in your app.” How The Kremlin’s Years of Conspiracy Spreading Are Biting Back