A fraudster facing sentencing next week lured one investor by bragging that Rudy Giuliani had agreed to be the face of a fraud-busting company that was itself a fraud, prosecutors said Monday.

The revelation was included in papers filed late Monday in Manhattan federal court as prosecutors urged a judge to sentence David Correia next week to about three years in prison.

But prosecutors said he deserves 33 to 41 months in prison for a fraud that cheated seven individuals of over $2 million. The government said much of the money was diverted so Correia and co-defendants could live lavishly, though Correia’s lawyer says he got only $43,650 out of $2.3 million raised.

They said he also doesn’t seem contrite despite his claims of having changed. Prosecutors noted that Correia did not mention his victims and the millions of dollars they lost once in his eight-page letter to the judge.

Prosecutors described how Correia, over a six-year period, repeatedly exaggerated, lied about and otherwise misled investors about how much money had been raised and the prospects for “Fraud Guarantee,” a company whose purpose was to protect investors in companies from being defrauded. 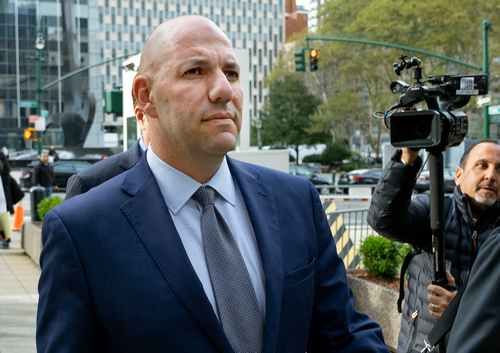 In doing so, they told how Correia used the company’s association with Giuliani, the former New York City mayor and personal lawyer to Republican ex-President Donald Trump, to entice an investor to put money into the company.

In court papers, Giuliani was identified as “Attorney-1,” a lawyer who was assisting the company in exchange for a $500,000 fee. Giuliani has confirmed he was promised $500,000 to consult with the company.

Prosecutors said Correia convinced the investor to send two separate $250,000 payments to Giuliani with help from co-defendant Lev Parnas, who has pleaded not guilty to charges that he and other co-defendants made illegal contributions to politicians they thought could aid their political and business interests.

Parnas’ involvement has drawn attention to the case because of his headline-making role in Giuliani’s attempt to get Ukrainian officials to investigate the son of then-Democratic presidential candidate Joe Biden.

Giuliani has said he knew nothing about contributions by the men. He has not been charged.

Prosecutors noted that the investor enticed with the name-drop of Giuliani was “interested in the involvement of a high-profile attorney (“Attorney-1”) whom Victim-7 greatly admired.”

Prosecutors said that Correia, in a phone call with the investor who was secretly recording the call, had boasted that the value of the company would probably rise to $50 million with Giuliani onboard.

The investor told Correia that if Giuliani “wasn’t part of this thing, I probably wouldn’t do it. . . . If you’re telling me that (Attorney-1) is definitely on board with this thing and he’s not going to back out . . . I’m good,” prosecutors said.

To convince the investor to contribute $500,000, Correia sent him a voicemail in which Giuliani noted certain steps he’d take to help the company in exchange for $500,000, they added.

Correia promised the investor that Giuliani would help with compliance and regulatory issues, advertising and marketing, and several other deliverables, prosecutors wrote.

Correia said Giuliani also agreed that the company could “use his likeness to be the ‘face of the company’ (should we choose) for commercials, advertisements, etc. He personally will also engage in sales/business development . . . . Simply put, we will have full access to his entire team. Extremely broad list of things he has agreed to do. The relationship is very strong and we are doing business with him in other capacities as well,” prosecutors said.

They said the investor replied, “Ok. I’m in. Money will be there within the next 2 hours.” 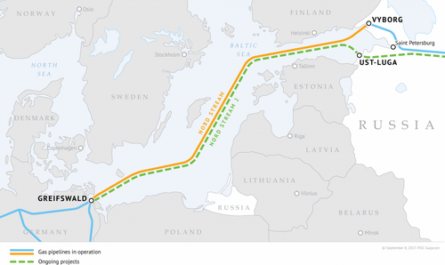 What is Nord Stream 2 and Why Might Navalny’s Poisoning Stop Its Completion?