Like so much else he got wrong about the coronavirus pandemic, Donald Trump said the nation’s first believed fatality had been “a wonderful woman” in her 50s. Officials later said the victim had been a man.

“We’ve taken the most aggressive actions to confront the coronavirus,” the then-president added. “Our country is prepared for any circumstance. There is no reason to panic at all.”

That was back in late February of 2020, and Mr Trump was referring to an individual who had died in the Seattle suburb of Kirkland – one of three individuals from Washington state to be reported dead in a matter of hours.

Later, officials in Santa Clara County, California, revealed three people who died at the beginning of February had been found to have lost their lives to the illness, and thus represented the US’s first Covid fatalities.

But that weekend, just short of a full 12 months ago – the focus was on Kirkland, and the Life Care nursing home which was the site of an outbreak, and the location of many deaths. 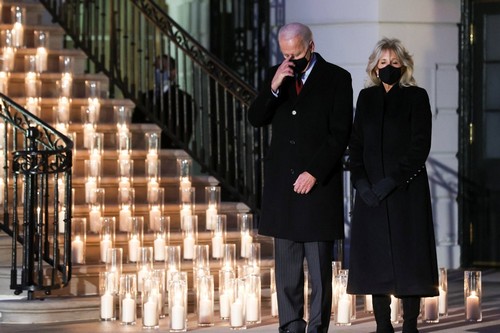 Scrambling to interview people about their concerns and what steps they might take to protect themselves, I spoke to people in a Kirkland shopping centre, from where it was possible to see the EvergreenHealth Medical Centre hospital, where a handful of patients were being treated.

“I do worry, because I take the bus to work,” Akash Shrivastava, who works in IT and was shopping with his wife, had said. “There is only so much you can do.”

A 48-year-old consultant, Michael Epstein, said he was following updates from the Centers for Disease Control and Prevention. “For the family of the person who has died it’s terrible. But when you look at who is most at risk, and the fatality rates, you have to try not to worry.”

Of the claims made by Mr Trump that the US had little to worry about, he said: “I don’t listen to anything he says.”

Twelve months ago, who of us – the careful and cautious, or the person adamant Covid-19 would not change the way they lived their lives – could have predicted this terrible milestone?

Even as Mr Trump was playing down its seriousness and failing to enact an adequate national emergency response, who could have foreseen a day when flags were flown at at half-staff at the White House, to honour 500,000 fatalities, an average of 1,400 people, who died every day from the disease. (The current daily average is 1,890 deaths).

Who might have imagined that in almost every part of the nation there would be communities where it surged, and then fell, and then spiked again. Who could know that even as several vaccines were produced at astonishingly rapid speed and approved for use, the death toll in December 2020 could leap to 77,000 and keep on going. Around 80,000 people died in January, the worst month yet. On January 12 at least 4,400 people died – the single deadliest day so far.

Who guessed it could bring a place as mighty as New York City to its knees. Who imagined that wearing a face mask would be viewed as a political act?

By chance, I was at the same shopping centre in Kirkland this past weekend, stocking up on groceries, rather than quotes for a news story.

In some ways, it looked exactly the same, other than the face masks, hand sanitiser and social distancing that are now required for anyone entering a shop.

At the checkout a woman said they’d had a busy day, albeit not like it used to be. “We’re still only at 25 per cent of capacity.”

In truth, very few among us would say we have been left unchanged. Millions have had the illness themselves, or watched loved ones struggle with it. Hundreds of thousands have died, many in a hospital ward cut off from their friends or relatives, by safety protocols. Millions more have lost jobs, or seen their livelihoods wrecked.

Worst of all, we know this bleak marker is not the end of it, but rather one milestone among many.

How many will have lost their lives by the time this disease is beaten? Nobody can say.