Michael Cohen, Donald Trump’s former personal attorney, has released a foreword to his new book in which he calls the president “a fraud, a bully, a racist, a predator, a con man,” and again accuses him of cheating in the 2016 presidential election.

Mr Cohen also makes reference to “golden showers in a sex club in Vegas,” without specifically stating that the Mr Trump took part in such acts, and “catch and kill conspiracies to silence Trump’s clandestine lovers.”

“Apart from his wife and children, I knew Trump better than anyone else did,” Mr Cohen writes in the foreword to the book ‘Disloyal,’ which was teased online on Thursday.

“In some ways, I knew him better than even his family did because I bore witness to the real man, in strip clubs, shady business meetings, and in the unguarded moments when he revealed who he really was: a cheat, a liar, a fraud, a bully, a racist, a predator, a con man,” he adds.

While the book itself has not yet been released, the foreword contains several damning allegations against the president. Mr Cohen claims that his former boss “had colluded with the Russians, but not in the sophisticated ways imagined by his detractors.”

“Trump had cheated in the election, with Russian connivance, as you will discover in these pages, because doing anything-and I mean anything-to ‘win’ has always been his business model and way of life,” he wrote.

“Trump had also continued to pursue a major real estate deal in Moscow during the campaign. He attempted to insinuate himself into the world of President Vladimir Putin and his coterie of corrupt billionaire oligarchs. I know because I personally ran that deal and kept Trump and his children closely informed of all updates,” he wrote.

Mr Cohen also references sex acts in the release but does not say whether Mr Trump took part.

“From golden showers in a sex club in Vegas, to tax fraud, to deals with corrupt officials from the former Soviet Union, to catch and kill conspiracies to silence Trump’s clandestine lovers, I wasn’t just a witness to the president’s rise-I was an active and eager participant.”

Cohen, who previously described himself as Mr Trump’s personal “fixer”, was handed a three-year prison sentence for lying to Congress and campaign finance violations involving hush money to women who have claimed to have had affairs with the president. He was released from jail in May this year to serve the rest of his sentence at home as part of measures designed to prevent the spread of the coronavirus.

He was briefly sent back to jail for allegedly violating the terms of his release by writing a tell-all book, before a judge ruled the was “retaliatory” and therefore illegal.

Trump’s attorneys had tried to block the release of the book, claiming Cohen had signed a non-disclosure agreement that prohibited him from talking about his work with the now-president.

While he was behind bars, Cohen – while seeking home detention – wrote that he was an “enabler” for the Trump Organisation, lured by its “magnetic, charismatic and powerful” figurehead.

In a six-page sworn affirmation filed in a US District Court in December, Cohen said that everything he “thought was important and valuable has been painfully revealed as derived” from a “Faustian bargain” in which he cast the president as the Devil, to whom Cohen “sold his soul” and “foolishly frittered away his integrity” on behalf of the president. 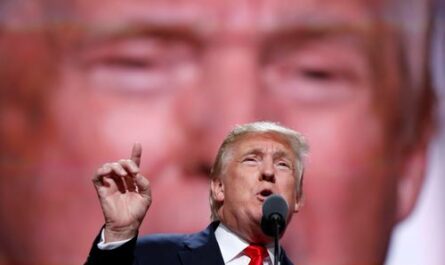