Russian President Vladimir Putin addressed the World Economic Forum in Davos for the first time in more than a decade Wednesday.

Speaking amid outcry in the West over the jailing of poisoned opposition leader Alexei Navalny, Putin addressed geopolitical tensions, sanctions and economic inequality, the growing power of tech giants and more.

Here are the highlights from Putin’s virtual address:

“There is every reason to believe that there are risks of further escalating contradictions. These trends can manifest themselves in nearly every field.”

“The situation can develop unpredictably and uncontrollably if, of course, nothing is done to prevent this from happening. Moreover, there’s a chance of a real breakdown in global development that’s fraught with a fight of all against all.” 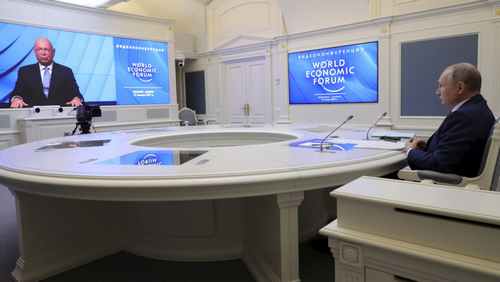 “A global, hot conflict is principally impossible now, I hope. It would mean the end of civilization.”

“We’re witnessing a crisis of previous models and instruments of economic development, increased social stratification both globally and in individual countries. … This causes a sharp polarization of public views and provokes the growth of populism, right-wing and left-wing radicalism as well as other extremes.”

“All this inevitably affects the nature of international relations and doesn’t add stability and predictability to them. International institutions are weakening, regional conflicts are multiplying and global security is degrading.”

“Unresolved and growing internal social and economic problems can drive the search for someone to blame for all the troubles and divert citizens’ irritation and discontent.”

“The growth of economic problems and inequality splits society, giving rise to social, racial and national intolerance. These tensions break out even in countries with seemingly well-established civil and democratic institutions.”

“It’s difficult not to notice the fundamental transformations in the global economy, politics, social life and technology. The coronavirus pandemic … has exacerbated the problems and imbalances that have already accumulated in the world.”

“Globalization has led to a significant increase in the profits of large multinational and, above all, American and European companies.”

“Who has inherited income? The answer is obviously 1% of the population. And what happened to the lives of other people? Over the past 30 years, the real incomes of more than half of several developed countries’ citizens have stagnated while the cost of education and health services has increased. … Millions of people, even in rich countries, no longer see the prospect of increasing their incomes.”

“There is a lot of talk about this now, especially in relation to the events that took place in the United States during the election campaign. These are no longer just economic giants — in some areas they are already de facto competing with states.”

“Where’s the line between a successful global business with popular services that … try to rudely and at their own discretion control society, replace legitimate democratic institutions and restrict the person’s natural right to decide how to live, what to choose and what viewpoints to freely express.”

“It’s absolutely clear that the world cannot follow the path of building an economy that works for a million people and even for the ‘golden billion’ post-Soviet term referring to developed Western nations.”

“Considering the mentioned limitations of macroeconomic policy, further development of the economy will be more based on fiscal incentives, with the key role played by state budgets and central banks.”

“Without effective state actions, many middle class people — the foundation of any modern society — risk staying without jobs.”

“If 20-30 years ago the problem could have been solved by stimulating macroeconomic policies … these mechanisms have essentially exhausted themselves.”

— On sanctions and multilateralism:

“The use of trade barriers, illegitimate sanctions, financial, technological and information restrictions is a game without rules that critically increases the risks of a unilateral use of military force. There’s the danger.”

“Multilateralism can be understood in different ways: either as pushing through own interests and giving legitimacy to unilateral actions while others can only nod approvingly, or really unifying sovereign states’ efforts to solve specific problems for the common benefit.”

“We’ll have to strengthen and develop universal institutions that have special responsibility for ensuring stability and security in the world, for developing rules of conduct in the global economy and trade. … It’s too early to throw them into the dustbin of history.”

“Russia is part of Europe, both geographically and most importantly in a cultural sense. In fact, we’re one civilization.”

“If we can rise above the problems and get rid of phobias, then a positive phase in our relations awaits. … We need to return to a positive agenda, that is Russia’s interest. … But one-sided love is impossible.” 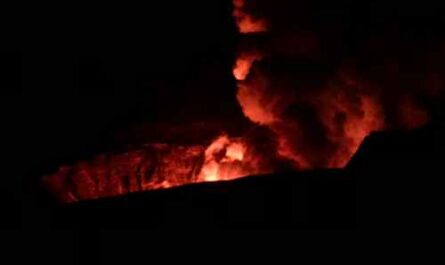 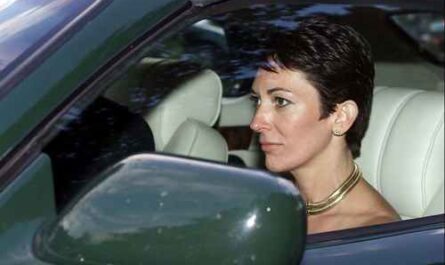