Wall Street suffered its worst week since October amid continued upheaval centred around the efforts of amateur day traders to boost the value of companies including GameStop.

GameStop’s shares soared again on Friday, jumping 100 per cent by the market’s open, as under-fire investment app Robinhood partially reversed its decision to restrict trading of its stocks and reportedly secured €1bn from its backers. Despite GameStop’s explosive open, the rest of the market lagged.

The ailing video game retailer found itself at the centre of a battle between small investors self-organised on Reddit, who launched a historic attempt to punish multibillion dollar Wall Street hedge funds looking to short-sell the stocks, igniting a trading frenzy.

Robinhood – which says its “mission is to democratise finance for all” – then decided to block users from buying GameStop shares, which it said was due to “significant market volatility”, prompting a fierce backlash, including from members of the US Congress as politically diverse as Ted Cruz and Alexandria Ocasio-Cortez, who signalled their support for a congressional hearing.

Joe Biden and treasury secretary Janet Yellen avoided questions about the market volatility during their first joint appearance at the White House on Friday. 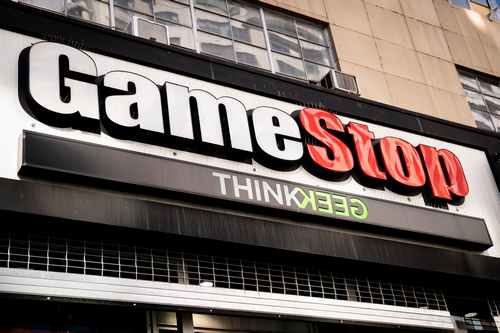 The administration has been largely deflecting questions about GameStop to the US Securities and Exchange Commission (SEC) rather than issuing an official statement on the developments.

Other lawmakers joined the fray on Friday, including senator Elizabeth Warren and congresswoman Ilhan Omar.

Ms Warren sent a letter to the SEC asking them to provide her with information about their intended response to the market volatility caused by the GameStop short squeeze.

“Casino-like swings in stock prices of GameStop reflect wild levels of speculation that don’t help GameStop’s workers or customers and could lead to market instability. Today I told the SEC to explain what exactly it’s doing to prevent market manipulation,” she wrote on Twitter.

Ms Omar said that any billionaires who attempted to influence stock trading apps like Robinhood to freeze potential investors out of buying “meme stocks” like GameStop and AMC should face prison time.

“Americans are told to invest in the market. But when they start to threaten the profits of billionaires, strange things happen,” she said. “If anyone on Wall Street with short positions in particular stocks used their power to cut off the public from buying those stocks, send them to prison.”

Texas attorney general Ken Paxton said he would launch a corruption investigation into Robinhood, communications app Discord and unnamed hedge funds over what he called a “rigged” free market. Mr Paxton said the market was supposed to be “transparent” and “open”.

Citadel, a hedge fund that purchases order flow data from Robinhood, said it had nothing to do with the app’s decision to stop purchases of GameStop stocks. Robinhood corroborated the claim, issuing a statement saying it was not influenced in any way by its vendors.

In September, Citadel – which bailed out Melvin Capital, a hedge fund that held major short positions against GameStop – paid Robinhood more than $30m for its order flow data.

On the market, stock prices tumbled as investors grew weary of the potential ramifications of the GameStop shakeup. The Dow lost 600 points on Friday, and financial analysts fear the market volatility may be a sign of another looming bubble edging toward a pop. The market closed out with its worst week since October.

Market data suggested that hedge funds and other groups that took short interests against GameStop are facing more than $19bn in losses.

Despite the massive loss, short position holders have largely held out against the onslaught of Reddit investors hoping to bankrupt them and make major financial gains in doing so.

Market data suggested a dip of only 8 per cent of short interest in the stock over the last week, suggesting short holders are still confident the stock price of the struggling video game retailer will drop before they are forced to pay on their bets.

There were plenty of winners in the market war driven by amateur investors.

AMC Theaters – another company that saw massive investment by Reddit investors – managed to avoid a $600m debt it owed to a private equity firm when the firm decided to convert its corporate bonds into company stocks.

The cinema chain recently sent investors a letter indicating the serious potential that it would have to shutter due to falling revenue caused by the Covid-19 pandemic. The cleared debt will buy the company some leeway, at least in the shot term.

A smaller victory was celebrated by a 10-year-old boy in San Antonio who cashed in 10 shares of GameStop stock he received as a Kwanzaa gift from his mother two years ago. Jaydyn Carr made $3,200 on his shares.