White House chief of staff Mark Meadows issued a vociferous defence of Donald Trump on Sunday after an audio recording emerged of the president’s sister saying he was a rampant liar with no principles.

She also alleged that he did not take his own SATs, tests widely used by universities in their admissions process.

In an interview with ABC‘s This Week on Sunday, Mr Meadows rejected a claim that has been repeatedly levelled at Mr Trump: that he doesn’t read.

“You may see it when he goes to Marine One – there’s a cardboard box that is brought on Marine One. What’s in there are clippings and clippings, each and every day. He reads probably more than anybody I know which causes me to have to read more because every morning he’s given me a to-do list, every evening he’s given me a to-do list,” Mr Meadows said.

The audio recording Mr Meadows was responding to, first reported by The Washington Post, contains snippets of more than 15 hours of face-to-face conversations between the president’s niece and sister, Mary Trump and Maryanne Trump Barry, respectively.

“All he wants to do is appeal to his base,” Ms Barry, a retired federal judge who is nine years older than her brother, said in a conversation secretly recorded by her niece.

When asked by Mary Trump what the president reads, Ms Barry was blunt: “He doesn’t read,” she said. 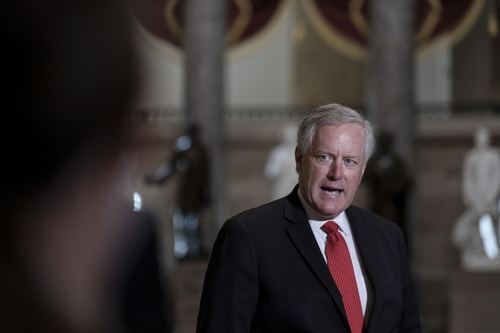 Mr Trump has been accused by unnamed White House staffers in numerous reports of not reading daily intelligence briefings, which outline major threats to national security. This has been blamed for the president’s slow response to the coronavirus, and inaction over reports that Russia was paying bounties to Afghan militants to kill US troops.

“I can tell you this, the president is committed to this country, loves this country … The one principle that he … talks to me about is, ‘What can we do to serve the American people better?’ And he’s been very consistent in that,” Mr Meadows said.

“So listen, this is politics as usual, by a niece that was written out of a will, that apparently just has an axe to grind because she wants Joe Biden to be president,” he added.

In the tape, Ms Barry said her brother “has no principles. None. None. And his base, I mean my God, if you were a religious person, you want to help people. Not do this.”

She also derided Mr Trump for his behaviour as president.

“His goddamned tweet and lying – oh my god,” she said. “I’m talking too freely, but you know. The change of stories. The lack of preparation. The lying. Holy sh*t.”

The recordings were released just a day after a White House memorial service for Robert Trump, the younger brother of the president and Ms Barry.

The president was dismissive of the recordings, in a statement issued by the White House attributed to him.

“Every day it’s something else, who cares. I miss my brother, and I’ll continue to work hard for the American people,” Mr Trump said.

“Not everyone agrees, but the results are obvious. Our country will soon be stronger than ever before,” he said.

Mary Trump, who authored a book released in July that chronicles the family life of Mr Trump, recorded her conversations to protect herself from family members with a penchant for lying under oath, her lawyer said.

“Mary realised members of her family had lied in prior depositions,” her spokesman, Chris Bastardi, said.

“Anticipating litigation, she felt it prudent to tape conversations in order to protect herself.” 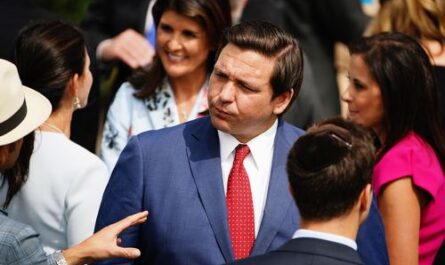