The Australian incarnation of reality TV show The Masked Singer – which sees celebrities perform musical numbers with their anonymity preserved through face coverings – has been suspended following an outbreak of Covid-19 on set.

The show announced its entire production team – a grouping including its celebrity talent, host Osher Günsberg and judges including performer Dannii Minogue have all been told to self isolate.

While Australia has maintained relatively low levels of infection compared to the rest of the world – with just over 24,500 cases to the UK’s 325,000 – the Victorian capital of Melbourne has been an area of concern for the country. 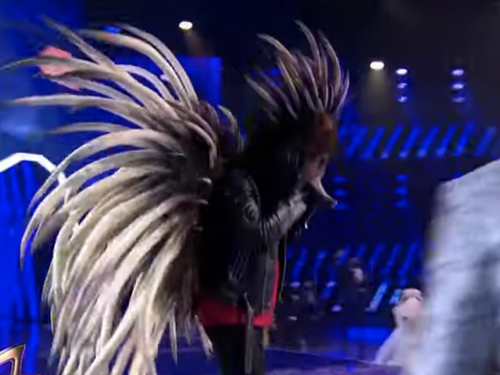 Residents across the state have been forced to observe night time curfews while businesses have shuttered and travel limits have been introduced due to spikes in cases in the region.

In a statement a show spokesperson said: “Production of The Masked Singer has been immediately suspended as a result of several crew members receiving a positive test result for Covid-19.

Protesters blocking an exit to the precinct of the officers who arrested Elijah McClain, cover their ears anticipating the use of flash-bang grenades by police in Aurora, Colorado

“The health and safety of the community, and our staff and production partners is our number one priority.

“The entire production team, including the masked singers, the host and panellists are now in self-isolation. They are all being monitored closely and are in constant contact with medical authorities.

Tennis player Mark Philippoussis, who had been the first contestant to be eliminated from the competition, had previously described on-set safety measures as “intense” in an interview with the Sydney Morning Herald.

“Everyone was always wearing a face mask and there was hand sanitiser everywhere,” he said.

“Everyone gets tested beforehand. You can’t walk around where ever you want, you can’t go to the bathroom whenever you want and there’s no talking (off set).”

He added the only time a member of the production team had come within 1.5 metres of him during the filming was to help him don the 20kg Echidna costume he had competed in. 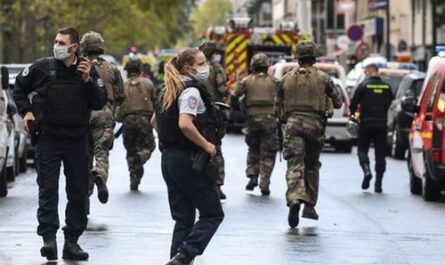