A teenage boy punched in the face by police had autism and was “confused and afraid” when he began fleeing from a California officer, the 17-year-old’s father said.

A Ring camera video posted to Facebook shows the Vacaville Police Department officer chase after the teenager for a short step before wrestling him to the ground and throwing a punch.

“You’re going to get hurt, don’t make me hurt you more,” the officer can be heard saying in the video before two more police arrive.

Adam Wolf posted the video of his son, Preston, to Facebook on Thursday. While Mr Wolf did not immediately respond to a request for comment, he told local affiliate Fox8 news that his son had grabbed a metal object to defend himself from local bullies shortly before the interaction with police.

The video begins as the officer approaches and yells commands at Preston, who was sitting on the sidewalk. A short moment later, as the officer got closer, the teenager got up off the ground and stepped away.

“At this point, Preston was confused and afraid and moves away from the officer even more. At that point the officer felt it was a good idea to throw Preston to the ground,” Mr Wolf said in the Facebook post. 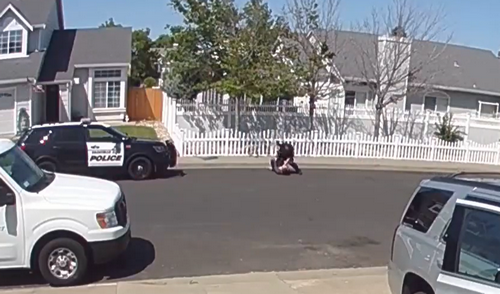 Vacaville Police Department acting chief Ian Schmutzler said in a statement to The Independent that officers were called to reports of someone actively “being stabbed”, while they had also received descriptions of a “pipe or knife” being involved.

He said the department was investigating the use of force, and that officers visited the Wolf family to discuss the event and ensure accountability.

“Multiple people have asked if the arresting officer knew that the suspect had special needs. In the dispatch audio, there is a conversation between a dispatcher and a different officer (who was not on the scene) who asked whether the suspect was ‘Preston’,” Mr Schmutzler said.

“Our preliminary review of the available video and radio traffic indicates the arresting officer did not have prior knowledge that the suspect was an individual with special needs.”

“I am pro-police, but I am not pro abuse!” he said. “This individual and department must be held accountable for their actions. No child, disability or not, deserves to be treated like this.” 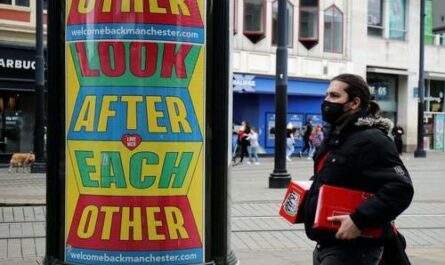