A man who claimed to have been at the Capitol riot has now been charged with plotting to bomb an Amazon data center, officials say.

Seth Pendley, 28, was arrested after buying what he thought was a batch of C-4 plastic explosives, allegedly for a planned bombing in Virginia, according to the US Attorney for the Northern District of Texas. The seller of those explosives turned out to be an FBI agent.

As the FBI investigated Mr Pendley’s activities, they found something interesting: according to him, he had attended the riot at the US Capitol. In private Facebook messages, Mr Pendley bragged to friends that he brought a sawn-off AR rifle to the 6 January riot – although he left it in his car – and grabbed a piece of broken glass as a souvenir.

Just two days after the riot, a concerned citizen contacted the FBI after reading disturbing posts by Mr Pendley on a militia website. Mr Pendley had allegedly said he planned to “conduct a little experiment” that could be “dangerous”. When another user asked what he wanted, Mr Pendley answered, “death”.

Later that month, Mr Pendley wrote to a second person that he planned to bomb several Amazon data centres in order to “kill off about 70 per cent of the internet.” 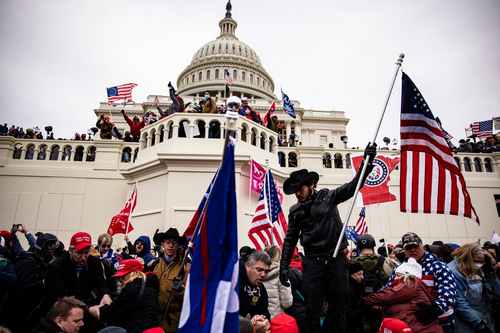 That person, who was a secret FBI informant, put Mr Pendley in touch with his “explosives supplier”.

Mr Pendley arranged a meeting with the supplier. He also told him about his plans to bring down the “oligarchy” of the FBI, CIA, and other federal agencies by attacking their web servers.

On 8 April, the would-be bomber met with his would-be supplier. The supplier, who was actually an undercover FBI agent, sold Mr Pendley a load of C-4 plastic explosives – which were actually inert – and showed him how to use them.

As Mr Pendley loaded the fake explosives into his car, a group of FBI agents arrested him.

Mr Pendley has been charged with a malicious attempt to destroy a building with an explosive. If convicted, he could face 20 years in federal prison.

In a statement, Acting US Attorney Prerak Shah thanked the FBI and the concerned citizen who tipped them off.

“In flagging his posts to the FBI, this individual may have saved the lives of a number of tech workers,” Mr Shah said. “We are also incredibly proud of our FBI partners, who ensured that the defendant was apprehended with an inert explosive device before he could inflict real harm.” 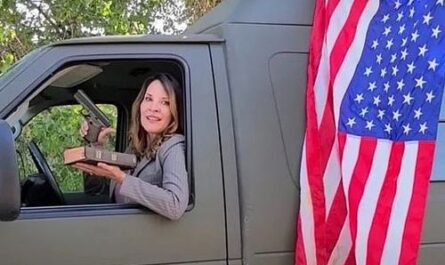