The democracy promotion organisation founded by former president Jimmy Carter is to launch its first United States election initiative this year, citing an “erosion” of democracy in the country.

The Carter Centre has monitored more than 110 elections in the Middle East, Africa, Latin America, and Asia since 1989 as part of democracy promotion efforts around the world. Although there are no plans yet to monitor polls in the US, this will be the first time it has engaged in a US election.

“We are now at a point where we have taken an institutional decision to explore some direct engagement on US election issues. And this is a departure from our whole history trying not to do that,” David Carroll, director of the centre’s Democracy Programme, told The Independent.

In the past, he added, the centre has prioritised countries where there is “a significant potential for an important change in the quality of democracy”, or where democracy is “under severe threat”.

“Until the last 10 years, we wouldn’t have thought of the US in that category. But it’s been increasingly the view of the Carter Centre that the state of democracy in the US has been eroding.” 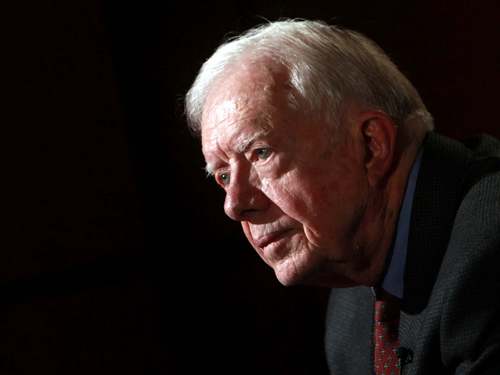 “This is the first time that we’re really looking at it in a robust manner,” he added.

The decision by the Carter Centre to depart from its decades-long practice of non-involvement in US elections – partly over concerns that it would be portrayed as partisan for its association with president Carter – is yet another sign of growing concern among the country’s former leaders at the threat to democracy posed by the Trump administration.

Just days ago, another former president, Barack Obama, delivered unprecedented criticism of Mr Trump’s administration at the Democratic convention, warning the incumbent president “will tear our democracy down if that’s what it takes to win”.

The Carter Centre is still in the early stages of deciding exactly what its US mission will look like or who will be involved. But it is likely to focus on raising awareness and analysis on some of the issues arising in this year’s election cycle, such as mail-in ballots.

“We want to put a focus on the things that we do internationally: stressing the importance of transparency mechanisms around an election as a means to really build confidence in the election process, and to try to break down mistrust and misinformation about what’s going on,” said Mr Carroll.

“And we see increasingly these problems that we never really saw on any scale in the US, but we see them internationally all the time, where there’s just a great deal of distrust and a lack of awareness.”

Voting rights groups in the US have expressed an increasing alarm over attempts by the Trump administration to limit access to mail-in ballots – seen by many as a way for citizens to engage in the electoral process safely in the midst of a pandemic.

In recent weeks, Mr Trump has blocked emergency funding for the postal service in an effort to limit the use of mail-in ballots, and his campaign is currently suing several states to block their expansion in the election.

The Carter Centre is a non-profit organisation founded in 1982 by Jimmy Carter and his wife Rosalynn. Its website says it seeks “to prevent and resolve conflicts, enhance freedom and democracy, and improve health”. It works around the world to promote democracy by monitoring elections and educating on election integrity.

President Carter was awarded the Nobel Peace Prize in 2002 “for his decades of untiring effort to find peaceful solutions to international conflicts, to advance democracy and human rights, and to promote economic and social development” – much of which was done through his work with the Centre.