In an alleged plot that sounds like something out of a James Bond film, Chechen state television has put forward the theory that Europe is planning a “provocation” against the Russian region’s leader by impersonating him with a hyper-lifelike mask.

In a tweet posted Tuesday, the state-run Grozny television channel posted a short black-and-white video showing a 360-degree view of the mask, which is nearly identical to Kadyrov’s face.

Grozny TV obtained the information from the anonymous Chechnya-focused eldit_net Instagram page, where the alleged plot was first reported.

The operation, codenamed “Twin,” is reportedly at the final stage of preparation and the alleged provocateurs are currently searching for a candidate to play Kadyrov’s role, eldit_net said, without citing any sources.

No further details on the operation’s goals or its perpetrators have been reported.

Earlier this year, critics accused Kadyrov of perpetrating a string of killings of Chechen critics of his rule on European soil. He has dismissed the allegations, saying foreign intelligence agencies were responsible.

Widely circulated video showed the young man kicking and punching several baton-wielding officers before collapsing and being whisked off into the crowd. Authorities later announced criminal investigations into violence against officers in the capital and other Russian cities.

Adam Delimkhanov, a Russian federal lawmaker and Kadyrov’s right-hand man, took to social media to urge the suspect to turn himself in and receive legal assistance from the Russian region’s strongman leader.

Delimkhanov said that authorities have learned from the suspect’s friends and family that he does not share the protesters’ views, which he described as “support for laws where a man can marry a man.”

“What you’ve done is a crime,” Delimkhanov said in an Instagram video translated into Russian by the Mediazona news website.

“But if you don’t accept the protesters’ presumed position, Ramzan, our padishah, said that he would help you with the law as soon as you show up,” Delimkhanov said.

Unconfirmed reports identified the young man as 20-year-old Chechen native Said-Muhamad Dzhumayev, who remained at large as of Monday afternoon.

Navalny, 44, called for Saturday’s demonstrations after being jailed under a fraud conviction he claims was politically motivated on his return from Germany, where he was recovering from an August poisoning with the Soviet-era nerve agent Novichok.

More than 3,700 people have been detained in over 120 Russian cities Saturday as tens of thousands of protesters gathered despite police warnings and cold weather. Riot police used force to disperse large crowds, with clashes breaking out between officers and demonstrators.

Authorities are pursuing at least 15 criminal charges against protesters, including for blocking traffic, calling for mass unrest and violating public health guidelines. Courts across the country have handed down some 150 rulings, imposing fines, administrative arrests and forced labor on demonstrators. 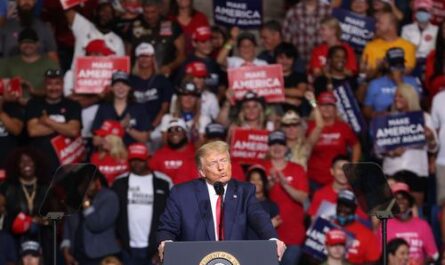