A CNN news crew was chased away from demonstrations over the police shooting of Daunte Wright after one was hit in the head and others were struck by eggs.

Seconds after one of the TV crew told the crowd “it’s all peace”, a water bottle was thrown at the head of another man who stumbled and fell backwards onto the street curb.

“A bottle of water knocked you out? Hahahaha,” one of the protesters can be heard mocking in video footage posted online by Washington Examiner reporter Nic Rowan.

CNN reporter Miguel Marquez and his team were covering the unrest on Wednesday night after ex-officer Kim Potter was charged with second-degree manslaughter.

While CNN didn’t appear to cover the incident on either its broadcast, CNN.com, or in the Reliable Sources newsletter covering media, Mr Marquez said on Twitter his team was fine.

“I hope for equal justice under the law and will continue to report on this vital story as it unfolds,” he said. 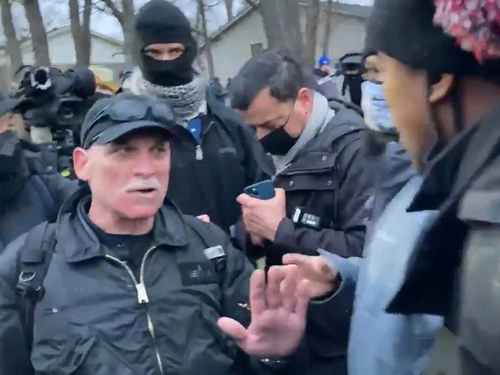 CNN did not immediately respond to The Independent‘s request for comment on whether they would further cover the confrontation.

The incident began after Mr Marquez refused demands from two women in the crowd to film a rally across from the street rather than the police presence, according to the Examiner’s first-hand account.

When he explained the news coverage isn’t dictated by demonstrators, a larger crowd began gathering and arguing with the crew, the outlet reported.

The man recovered to tell the crowd he was fine and it was “all good people, no worries”, and Mr Marquez asked the crowd to “chill out, we’re CNN, we are reporters, and we are covering what’s here”.

But moments later, protesters began yelling “f*uck out of here” as they followed them through the streets and threw eggs as the TV crew got into their vehicle.

One crew member said, “we don’t want any trouble” before they drove away, appearing to bump into another car as they tried to leave the area.

While some protesters appeared upset with their presences, others joining in the gathering crowd can be heard in the video asking “what happened… who is that… what’d he do…?”

“CNN being some b*tches, so they’re getting kicked out,” another said. 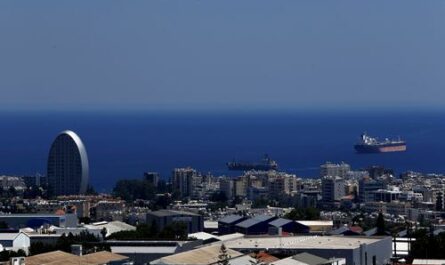