Constitution Day may be on Dec. 12, but Sunday was a very specific celebration, of the Day of the Russian Constitution in Crimea. The result was an inevitable flurry of local celebrations on the peninsula but also a chance to take stock as to the local situation, away from the military airfields, naval bases and training grounds which are currently hosting a steadily growing array of forces.

Considering the emotive circumstances of its annexation, in many ways assessments about what is going on say more about the observer’s expectations than anything else.

A happy land of promise?

So in the official and state-adjacent media, the news is largely about an economy getting back on its feet and a peninsula being reintegrated into the Federation in the spirit of, to quote local premier Sergei Aksenov, “freedom and unity, democracy and patriotism, solidarity and mutual assistance.”

Thus, the airline S7, which runs daily flights to and from Crimea from Moscow Domodedovo and Novosibirsk, is restarting connections with Irkutsk and adding new ones to Lipetsk, Pskov, Kurgan and Ivanovo.

Meanwhile, such is the reported tourist demand that the Association of Tour Operators of Russia is arguing that Crimea needs many more world-class hotels. 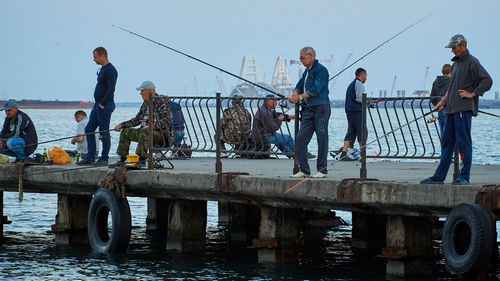 While Vedomosti helpfully reassured everyone that “Crimea will not become a Russian California,” nonetheless in the context of a general shift in the center of gravity of the country southwards, Crimea is being presented as a land of promise, in which the legacy of decades of neglect are finally being addressed.

On the other end of the spectrum, Freedom House assessed Crimea in its latest “Freedom in the World Index” in a special annex, considering it “not free” — which is fair enough — but with a score of just 7, which is worse than war-torn Libya, hyper-securitized China and even further below that of Belarus. Indeed, its specific “political rights” score is worse than that of dictatorial North Korea, which seems hard to justify.

Of course, there are serious human rights concerns, especially as regards the Tatar minority. Furthermore, there are specific local issues such as the virtual privatization and “raiding” of its territory, as beaches and beauty spots are snapped up by shadowy businesspeople and enterprises.

However, arguably the real issues of concern to Crimeans are practical. It is true that before 2014, Crimea had been neglected, and combined with the dislocations caused by annexation and subsequent economic blockade, this has ensured the expectations of a quick improvement in general standards of living have been betrayed.

Although Crimea was hailed as the fastest-growing regional economy in Russia in the first half of 2019, Sevastopol is still considered one of the country’s most unprofitable regions. There is a particular issue with rising prices, especially food prices, over and above the national problem. This year, for the first time, Crimean residents will have to pay property tax.

Levels of Covid-19 remain — even by questionable official data — relatively high, even though there are substantial stocks of Sputnik V vaccine available. At the end of March, Aksenov extended the “high alert status” limited lockdown until May.

Perhaps the biggest single challenge is a fundamental one: water.

Although the official focus is on the ways that recent rainfalls have helped refill reservoirs, the lack of water for domestic and irrigation use following Kiev’s closure of the 400-km North Crimean Canal is a serious challenge, as it supplied more than 85% of its needs.

The Crimean Hydrometeorological Center has reported that the supply in the peninsula’s reservoirs as of Aptil 1 was almost two times lower than at the same time last year.

A complaint is apparently to be filed with the European Court of Human Rights, but in the meantime, limited water supply regimes apply in Simferopol, as well as Simferopol and Bakhchisarai districts.

In sum, business as usual

Nonetheless, Moscow has made serious efforts to develop the peninsula as more than just an armed camp. According to unconfirmed figures from Sergei Aleksashenko former deputy finance minister, in 2015-19, the federal government spent 1.5 trillion rubles ($19.4 billion) on this.

Physical manifestations include the 18-kilometer long Kerch Strait road and rail bridge, the Tavrida highway and the upgraded Simferopol air terminal. The power grid has been modernized, roads resurfaced, and by the end of next year, there should be universal mobile communications coverage.

There were bonuses to salaries and pensions, although these have largely been eaten away by rising prices, exacerbated by sanctions and freight costs.

As far as we can tell, at least before the pandemic year, Crimeans are still happier to be part of Russia than not. In an independent survey carried out in 2019 — which, for all its pitfalls, is the best we have — 82% of ethnic Slavs and even 58% of Tatars expressed support.

Of course, they have their grievances, and that may well not manifest itself in gratitude for United Russia.

In 2019, Sevastopol was one of only four regions in the country where it failed to win more than 50% of the vote, and anecdotal evidence suggests that if anything Crimeans will be even more eager to express their grievances in this September’s elections (whether or not the official results will reflect this).

In the final analysis, Crimea demonstrates the same paradoxical mix of indicators as Russia as a whole, albeit in exaggerated form. While Aksenov was essentially installed as Moscow’s proconsul, he still manages to appear to have a mandate, and in a minor extension of democracy, from 2024, heads of municipalities will be directly elected.

Ordinary people are experiencing hard times, but amidst improved infrastructure and with the hope — accurate or not — of an upturn to come.

Crimea seems to be neither a shining beacon nor a slough of despond, an undramatic conclusion that arguably would satisfy neither Moscow nor its critics.

Rather, as with the rest of Russia, it seems uncomfortable and disgruntled, but neither unsustainably so, nor holding the belief that any systemic change would help. As ever, Crimea endures. 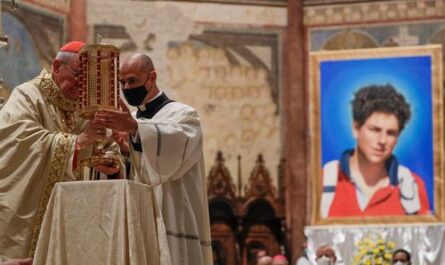