Crimean tourism officials are bracing for the new arrivals after over 500,000 Russians were shut out of Turkey by Moscow’s flight reductions from April 15-June 1. While health officials attributed the flight closures to Turkey’s rising Covid-19 cases, several Russian lawmakers linked the steps to the Turkish president’s public support for Ukraine and Kiev’s claim to sovereignty over Crimea.

Natalia Penkova, Crimea’s chief sanitary official, said Covid-19 cases there have nearly doubled over the past two weeks. She noted that the number of imported cases, including from Ukraine, has dramatically increased in the past week.

“This once again requires tighter restrictions,” Interfax quoted Penkova as saying at a briefing. 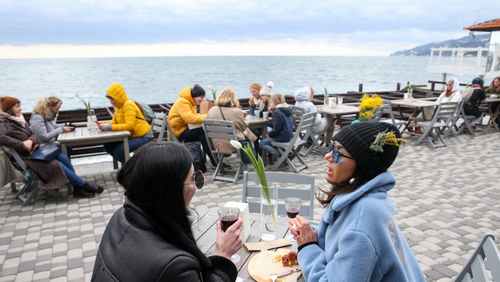 Interfax reported that Crimea’s new daily coronavirus cases had dipped below 100 in mid-February but began climbing back up over the past three weeks.

Crimea, which Russia annexed from Ukraine in 2014, has confirmed over 50,000 coronavirus cases and more than 1,500 deaths, according to official data. Russia ranks among the world’s top Covid-19 caseloads and fatalities.

Interfax reports that 92,000 Crimeans have been vaccinated against the coronavirus so far, with more than 800,000 left to reach the herd immunity threshold of 60% of the population.

Russia’s Federal Tourism Agency, which is tasked with drawing up industry support measures after the travel restrictions, said Wednesday that booked flights to Turkey and Tanzania could be exchanged for tours within Russia.

Multiple news outlets have reported that the cost of travel packages to destinations both inside Russia and abroad has nearly doubled since the Turkey flight bans were announced.