“I hope to watch a film tonight, and this spring I’m going to watch films by Andrey Tarkovsky,” the self-taught and award-winning film director Dmitry Davydov told The Moscow Times. “I find some information on the internet, and I watch a lot of films so I can focus on the work of the directors. I don’t have one favorite director; I watch a lot of different films. For example, I recently watched a lot of Scandinavian films. Right now, I’m watching lesser-known Soviet films.” 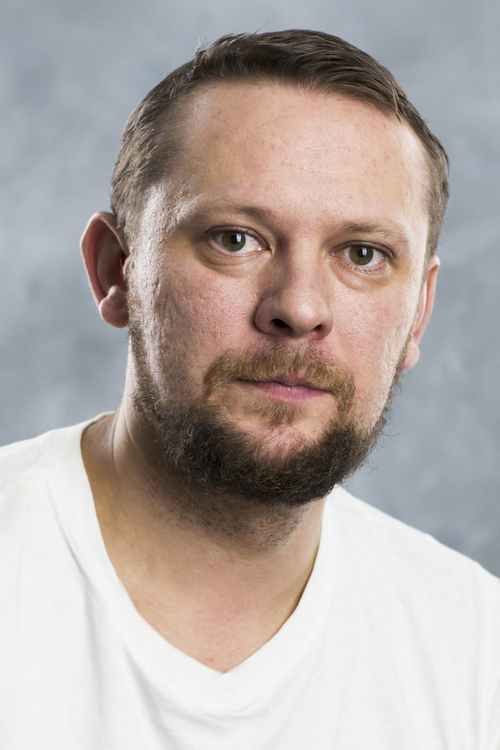 Dmitry Davydov lives in the village of Amga, Yakutia (officially known as the Republic of Sakha). He is a sakhalyar, that is, a person of mixed heritage: his mother is Russian and his father is Yakut (sakha). Even though his films have been winning awards around the world, until two months ago he combined filmmaking with teaching in a public school.

One of his school projects was a film club, where he and the students shot videos, wrote scripts, and edited the results.

One day he had an idea for a film he wanted to make himself.

“The Bonfire,” a tragic tale of two old men in a Yakutian village who both lost their sons, was Davydov’s first full-length film. It was screened in 2016.

“To make the film I borrowed a lot of money, and I had great hopes for wide distribution. The film received the Best Drama award at ImagineNATIVE festival in Toronto. But it wasn’t promoted well, and it failed in Yakutia. I had decided to try it once, and if I wasn’t successful, I’d stay as a teacher. But two years later two local film producers, Sardana Savvin and Semyon Shishigin, offered me funding to make another film, and I agreed.”

In 2019 the film “There Is No God But Me” was released. It was the story about a middle-aged man and his relationship with his mother, who was gradually losing her mind to Alzheimer’s.

Davydov came up with the idea for the film “Scarecrow” ten years ago. He wrote the script in just 15 days and shot it in 11. “Scarecrow” follows several days in the life of a woman healer in a Yakutian village.

“This film isn’t Yakutian and it isn’t Russian. And that’s why it is successful.  We worked at the intersection of cultures. Because it’s not an “ethnic” film, it’s a story that is understandable to any viewer. I am glad that most viewers understood that it’s not a movie about a healer, but about kindness, self-sacrifice, and conscience. Today “Scarecrow” has grossed a total of 11 million rubles with a budget of 1.5 million rubles,” Davydov said.

“Scarecrow” won the top prize at the “Kinotavr” film festival and has now been nominated for a “Nika” — Russia’s most important film award — in three categories. 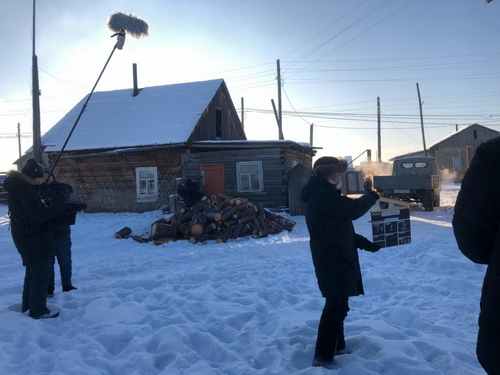 Davydov always writes the scripts and shoots the films himself. “I get a lot of offers to direct films using other people’s scripts, but I always turn them down. I want to be responsible for the entire film, from idea to the edit, to express myself as the sole author. Most Yakutian films are aimed at a mass audience, but I make this kind of “authorial” cinema. I never shoot comedies, thrillers — the most popular genres,” Davydov said.

“My films are shot in Yakutia with Yakutian actors speaking in Yakut, but all of them could be shot in other locations. Most of the actors are villagers. I like working with them because they are amateurs, and I can mold them into anything. Professionals often have their own style.”

The filmmaker understands the Yakut language but doesn’t speak it well. He writes his scripts in Russian and then a second director who is a Yakut helps rework the script into Yakut. “All of our actors are Yakuts who speak Russian with an accent. I never shoot in Russian,” Davydov said.

Films are produced in other regions of Russia, but they are not as popular as the Yakut films, which are something of a film phenomenon in Russia. Sakha has developed a viable cinema industry, lovingly nicknamed “Sakhawood,” which employs about 100 people. “I think that films could be made in the national language in any region of Russia. But there aren’t many of them, probably because it’s financially risky to make them and people don’t have experience,” Dmitry Davydov said.

“This year in addition to ‘Scarecrow’ the horror film ‘Black Snow’ by Stepan Burnashev was released throughout the country. I think we need to show more Yakut films so that Russian viewers get used to watching films in the languages ​​of the many national groups living in Russia.”

At the start of this year, Dmitry Davydov finally quit his teaching job to focus on cinema. “The decision was not easy, but I had to make a choice.”

He is currently working on two projects. The first is a musical comedy about life in the countryside. Thanks to a grant from the Yakut Cinema Support Fund “Sinet Sakhawood,” it has already been filmed and is now in post-production. Critics will see it at international festivals at the end of the year.

The money for the shooting of the second film was allocated by the Kinoprime Foundation. “This is a story about two festivals, Ysyakh (Yakutian) and Ivan Kupala (Russian), the combination of these cultures. It will be a folk fantasy,” Davydov said. Production starts this summer. Ethiopia says Eritrea has agreed to withdraw its forces from Tigray