Azerbaijani and Armenian forces battled for a second day on Monday after dozens were killed in an outbreak of heavy fighting that has raised fears of an all-out war between the longtime enemies.

Defense officials in both countries confirmed that intense clashes had continued overnight after erupting on Sunday along the frontlines of Nagorny Karabakh, an ethnic Armenian region that has broken away from Azerbaijan.

The separatists said on Monday that 15 more of their fighters had been killed, bringing the total reported death toll from both sides to 39.

With each side blaming the other for the latest fighting, world leaders have urged calm as fears rise of a full-scale conflict that could draw in regional powers Russia and Turkey.

Ex-Soviet Armenia and Azerbaijan have been locked in a territorial dispute over Nagorny Karabakh for decades, with deadly fighting flaring up earlier this year and in 2016.

The region declared its independence after a war in the early 1990s that claimed 30,000 lives but is not recognized by any country — including Armenia — and is still considered part of Azerbaijan by the international community. 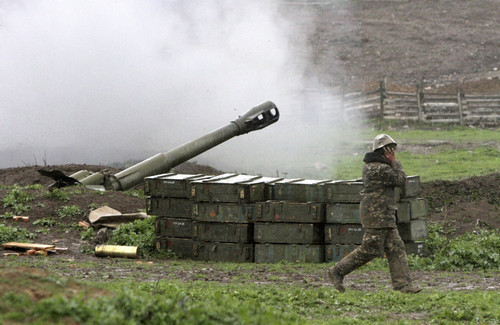 The Karabakh defense ministry said on Monday 32 of its fighters had been killed in the latest clashes. Seven civilian fatalities were reported earlier, including an Azerbaijani family of five and a woman and child on the Armenian side.

Azerbaijan has yet to announce military casualties but Armenian defence ministry spokeswoman Shushan Stepanyan claimed that “dozens of corpses of Azerbaijani soldiers” lay on territory won back overnight.

She said heavy fighting continued on Monday morning along the frontline and claimed Armenian forces had won back positions taken Sunday by Azerbaijan.

Azerbaijani forces “are striking enemy positions using rocket artillery and aviation… and have taken several strategic positions around the village of Talysh,” the defense ministry said.

“The enemy is retreating,” it added.

Baku claimed to have killed 550 separatist troops, a report denied by Armenia.

The escalation has stirred an outpouring of patriotic fervor in both countries.

“We have been waiting for this day for so long. The fighting must not stop until we force Armenia to return our lands,” Vidadi Alekperov, a 39-year-old waiter in Baku, told AFP.

“I’ll happily go to the battlefield.”

In Yerevan, 67-year-old Vardan Harutyunyan said Armenia had been anticipating the attack.

“The (Karabakh) question can only be resolved militarily. We are not afraid of a war,” he said.

Fighting between Muslim Azerbaijan and majority-Christian Armenia threatened to embroil regional players Russia, which is in a military alliance with Yerevan, and Turkey, which backs Baku.

Armenia accused Turkey of meddling in the conflict and sending mercenaries to the battlefield.

France, Germany, Italy, the United States, the European Union and Russia have urged a ceasefire.

Talks to resolve the conflict — one of the worst to emerge from the 1991 collapse of the Soviet Union — have been largely stalled since a 1994 ceasefire agreement.

Analysts told AFP on Sunday international brokers needed to step up their efforts to prevent an even worse escalation. 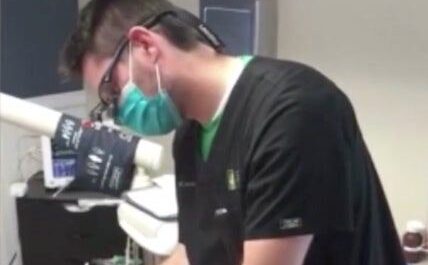