Following threats against his family after he clashed with Donald Trump over coronavirus warnings, Dr Anthony Fauci has claimed that Fox News host Tucker Carlson “triggers some of the crazies” by promoting the criticisms lobbed at him.

“I’m not concerned about what he Carlson says,” Dr Fauci, the nation’s leading infectious disease expert, told The Washington Post during an interview on Friday. “I think you could say that when he does that, it triggers some of the crazies in society to start threatening me, actually threatening, which actually happens.”

Dr Fauci added: “Who would have thought when I was in medical school doing things to save people’s lives, I’d have to be going around with a security detail? That’s really ridiculous.”

Unlike several of his Fox News colleagues, Mr Carlson initially warned against minimising the danger of the coronavirus outbreak. However, he went on to call Dr Fauci an “oily politician on an ego trip” and a “buffoon” while suggesting that the doctor is “enjoying himself” during the crisis. 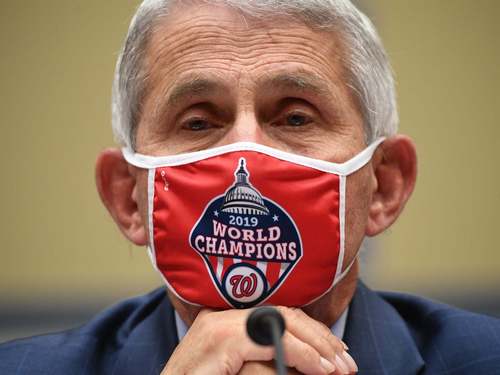 Mr Carlson also has attempted to undermine the doctor’s credibility and declared that recommended social distancing guidelines were “national suicide” despite evidence backed by Dr Fauci and a host of medical experts.

Dr Fauci, director of the National Institute for Allergy and Infectious Diseases, is on the White House coronavirus task force where his analysis has often contradicted the president’s false claims. The doctor said earlier this month that his family has received death threats following his appeals to Americans to take the pandemic seriously.

“I wouldn’t have imagined it in my wildest dreams that people who object to things that are pure public health principles are so set against it and don’t like what you and I say, namely in the word of science, that they actually threaten you,” he said during a forum at Harvard University’s TH Chan School of Public Health on 5 August.

At the forum, Dr Fauci warned against the nation’s “disparate” efforts by individuals and local governments to combat Covid-19, leaving a patchwork response among cities and states without a significant federally-coordinated response.

He also condemned “a degree of anti-science feeling in this country” that is “almost related to authority and a mistrust in authority” – including the “ridiculous” politicisation of wearing masks to prevent transmission.

“We live in an extraordinary society where public-health issues become so politicised and divisive that when you start talking about prudent things to do to preserve public health, that’s actually considered by some – hopefully a really small minority – by some as something worthy of threatening you,” he told The Washington Post this week.

The newspaper asked Dr Fauci to assess Dr Scott Atlas, President Trump’s latest White House coronavirus adviser. Dr Atlas has echoed the president’s criticism of lockdown measures and has promoted school reopenings against objections from other health officials. Dr Fauci said that he has only met Dr Atlas once and has yet to form an opinion.

More than 168,000 Americans have died from Covid-19-related illness, according to data from Johns Hopkins University. More than 5.3 million infections have been confirmed, though public health officials believe that figures are much higher. 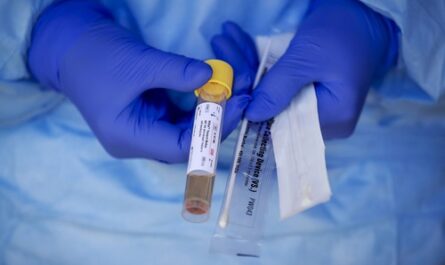 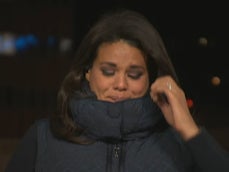