Illinois representative Adam Kinzinger was among the first to cross the aisle to turn on his colleague in the 230 to 199 vote.

He was followed by Brian Fitzpatrick, of Pennsylvania, Fred Upton, of Michigan, Young Kim, of California, and Chris Smith, of New Jersey.

The result effectively removed any influence Ms Greene may have had on committees instrumental to oversight and in pushing legislation in the House. She was on the Education, Labor and Budget committees before her removal. 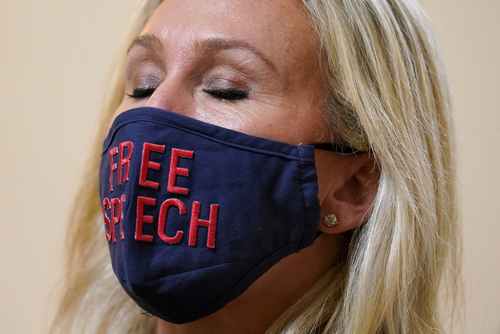 While11 Republicans crossed party lines to join Democrats in the vote, GOP leadership earlier refused to remove the freshman congresswoman themselves.

The majority party using their numbers to strip members of the minority party from assignments is exceedingly rare in the current era.

Minority leader Kevin McCarthy said on Wednesday the move was a “power grab” by Democrats to increase their own influence.

“I understand that Marjorie’s comments have caused deep wounds to many and as a result, I offered Majority Leader Hoyer a path to lower the temperature and address these concerns,” he said in his statement.

“Instead of coming together to do that, the Democrats are choosing to raise the temperature by taking the unprecedented step to further their partisan power grab regarding the committee assignments of the other party.”

Before the vote, Nancy Pelosi said she was “profoundly concerned” by Republicans’ “acceptance of an extreme conspiracy theorist”.

While all but 11 Republicans voted against removing Ms Greene, none offered any impassioned defence of statements she made before joining Congress, and which ultimately lead to today’s vote.

Tom Cole, of Oklahoma, said Democrats were setting a “dangerous’ precedent of punishing lawmakers for actions made years before becoming members of Congress.

Or as Jim Jordan of Ohio put it: “You engage in wrong-speak, you’re in the Thunder Dome.” 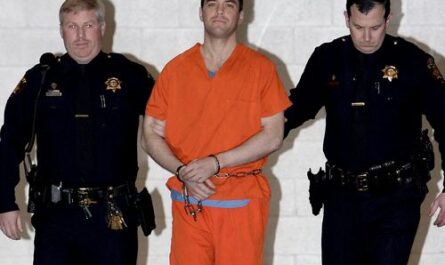 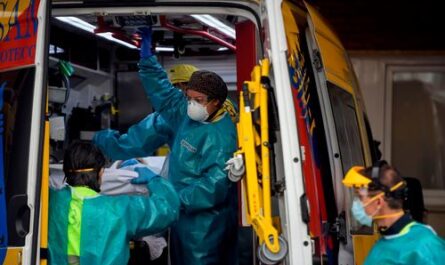 Coronavirus surging throughout Europe at ‘surprising ferocity,’ says WHO