Brussels foreign policy chief Josep Borrell said Monday he will press for the release of Kremlin critic Alexei Navalny during a visit to Moscow next month — but EU members steered clear of seeking fresh sanctions.

“This will be a good opportunity to discuss with my Russian counterpart all relevant issues, to pass clear messages on the current situation,” Borrell said after a meeting of the bloc’s 27 foreign ministers.

The ministers debated slapping sanctions on the Kremlin after the detention of Navalny and thousands of protesters across Russia, but decided this was “premature,” one diplomat said. 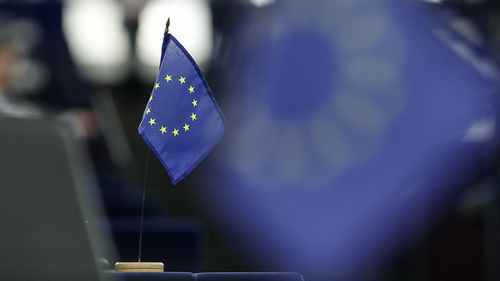 “But today there has not been any kind of proposal and as a consequence any kind of decision about it.”

European diplomats had earlier said Brussels was expected to hold off on sanctions until Navalny goes to court on February 2, to see whether the Kremlin puts him behind bars for an extended term.

“Sanctions are a possible tool, but it is necessary to wait to see what happens in Moscow,” another diplomat said.

Navalny is facing a possible three-and-a-half-year jail sentence, for breaching the conditions of an earlier suspended term while he was recovering in Germany from a near-fatal poisoning with a Novichok nerve agent.

The arrest of the anti-corruption campaigner on his return to Russia unleashed a wave of protests Saturday that saw baton-wielding riot police detain more than 3,500 people.

The EU has called for the immediate release of Navalny and of peaceful protesters detained during the nationwide rallies.

Lithuanian Foreign Minister Gabrielius Landsbergis said the bloc “needs to send a very clear and decisive message that this is not acceptable.”

Borrell has insisted on sticking to his planned trip, which would be the first to Moscow by an EU foreign policy chief since 2017, despite opposition from several countries.

Diplomats have argued that the Kremlin could use the visit to show the EU is continuing with “business as normal” despite the clampdown on the opposition.

Brussels has already hit Russia with sanctions for annexing Crimea and fuelling the Ukraine conflict.

In October, the bloc put six senior Russian officials on an assets freeze and travel ban blacklist over the “assassination attempt” on Navalny.