Italy has said it will shut nightclubs and make face masks compulsory outdoors in some areas during the night-time amid a rise in coronavirus cases across the country, with a notable increase among young people.

The reimposition of restrictions came after data showed new cases in the past week were more than double those registered three weeks ago, with the median age of people contracting Covid-19 dropping to below 40.

The restrictions will come into effect on Monday, two days after the Ferragosto holiday which usually sees young Italians go to nightclubs, and will run until early September.

Masks will be mandatory between 6pm and 6am in areas close to bars and pubs or other areas where gatherings are likely.

“We cannot nullify the sacrifices made in past months. Our priority must be that of opening schools in September, in full safety,” Roberto Speranza, Italy’s health minister, said on Facebook. 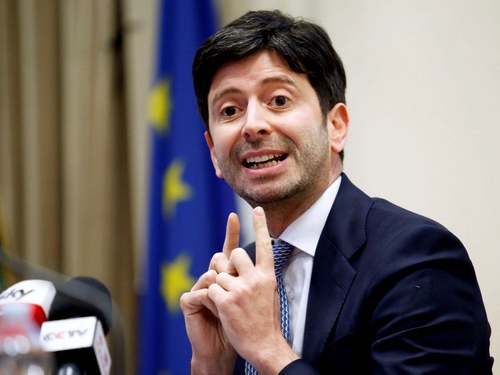 The minister also urged young people to be as cautious as possible due to the risk of causing “real damage” to their parents and grandparents by passing on the virus to them.

The government had kept clubs open in the country despite concerns over social distancing not being followed and masks not being worn in venues.

A further 479 cases of Covid-19 were confirmed on Sunday, down from 629 on Saturday.

Medical experts have blamed nightlife, the return of holidaymakers and younger generations for the recent spike in infections.

Italy’s nightlife industry, which is reported to have yearly revenues of 4 billion euros, has called for support from the government over the closures.

In another measure designed to slow the spread of the virus, Mr Speranza issued an order last week requiring coronavirus testing for all travellers arriving in Italy from Croatia, Greece, Malta or Spain.

Travellers have the option of being tested immediately upon arrival or within 48 hours at local public health offices closer to their home or destination in the country.