During a panel discussion at the Conservative Political Action Conference (CPAC) in Orlando, Florida Mr McCarthy said to a cheering crowd: “We’re going to get the majority back, we’re five seats away! I would bet my house … my personal house, don’t tell my wife but I would bet it.”

He added: “Listen, do you want to retire Nancy Pelosi? Do you want to end the socialism in this country? Win the house – five seats. This is the smallest majority the Democrats have had in 100 years.”

Mr McCarthy gave former President Trump the credit for the Republican gains in the House in the 2020 election.

He said: “This is the first time since 1994 that no incumbent Republican lost. We beat 15 Democrats. And you know who the 15 Democrats lost to? Conservative women and conservative minorities, each and every one of them.

“Even when President Trump was sick with Covid … he would do these rallies over the phone for each district and he would have the candidate on and then he would talk and he would turn out the vote and that was a shock because all the polls said we would lose, but on election day the voters said ‘no, there’s a new path’.” 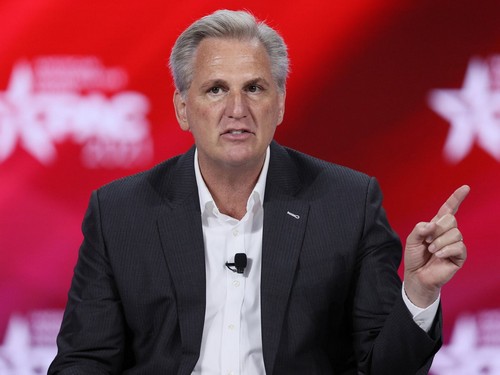 In 2020, Republicans gained in the House but are still in the minority. They lost the White House, and, after two January runoffs in Georgia, they also lost control of the Senate (which currently has a 50:50 split between Republicans and Democrats, including Democrat-caucusing Independents, with Kamala Harris casting any tie-breaking vote).

Mr McCarthy’s praise of the 45th president comes as Mr Trump is scheduled to speak at CPAC on Sunday, and as reports say that he’s not too happy with the Republican House Leader. Three people close to the former president told Politico that he’s stewing yet again over Mr McCarthy.

Some of his advisors think that Mr Trump’s private criticism of Mr McCarthy has become so frequent that he might take it public. This despite their meeting at Mar-A-Lago in late January to patch things up after Mr McCarthy criticised Mr Trump for his actions on 6 January, the day of the Capitol riot.

In an interview with The Washington Post in mid-November after the election, Mr McCarthy guaranteed that the Republicans would take back the majority in 2022, describing their 2020 gains as victories.

He said: “We have never been stronger in the sense of what the future holds for us, we have never been in a stronger position. We won this by adding more people to the party. And we won this in an atmosphere where we were the one group that everyone guaranteed we would lose. And we’re the ones who won.”

Now he not only guarantees a return to the majority in 2022, but he also says he would bet his house on it. 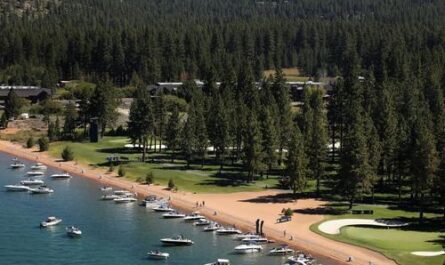 Canada lags in vaccinations but expects to catch up quickly