The mother of Daunte Wright has delivered a striking eulogy for her slain child – praising him as both a father and a son, and saying she had no idea how she will manage without him.

“I just need everyone to know that he is much more than this. He had a smile that was angelic,” said Katie Wright, at a vigil attended by hundreds of people.

She added: “He was my life, he was my son and I can never get that back. Because of a mistake? Because of an accident?”

Ms Wright spoke little more than 24 hours after her 20-year-old son was fatally shot by an officer from the Brooklyn Center Police Department, during a traffic stop. After an officer fired at him, the young man’s vehicle came to a halt just feet from where Ms Wright was speaking in a suburb of Minneapolis, Minnesota.

On Monday evening, the officer was identified as 49-year-old Kimberly Potter, who had served on the force for 26 years. She is currently on administrative leave.

The footage showed the officer, shouting “Taser, Taser”, as police are trained to do when using the non-lethal device. Almost instantaneously, Ms Potter could be heard to say: “Holy s***, I just shot him”.

Mr Gannon, the police chief, said: “This appears to me, from what I viewed, and the officer’s reaction in distress immediately after, that this was an accidental discharge.”

Yet activists, residents and family members were not impressed by the chief’s words and demanded the officer be immediately fired and charged with murder. They also called for Mr Gannon to lose his job.

“We’re here to support the community,” said Anthonette Sherman, 19, who had come to the vigil, with a friend. Both said that as young women of colour, they were scared every time they drove in a vehicle.

“You’re always wondering whether you will get home.”

Other family members spoke highly of the young man, who was the father of a two-year-old son. “My brother lost his life because they were trigger happy,” said his older half sibling, Dallas Wright.

A woman who identified herself as an aunt of Daunte, and who asked not to give her name, was asked what she wanted the world to know about her nephew. “Just that he was a wonderful person. And he will never be forgotten,” she said.

Mr Gannon, the police chief, had defended his decision to fire tear gas and rubber bullets at protesters on Sunday night, even though the vast majority were peaceful.  Others questioned whether his actions were necessary, with the city already tense amid the trial of one of four officers accused of the murder of George Floyd last summer.

At a press conference on Monday afternoon, he vowed to do the same again if protesters failed to disperse, after officials across the Twin Cities announced curfews from 7pm – 6am.

He was true to his word, and by 9pm, as hundreds of protesters gathered for a second night outside the building, police in riot gear released tear gas and chemical irritants to try and disperse the crowd.

But people did not leave easily, many of them having come equipped with gas masks, goggles or facemarks, as well as gallons of milk to counteract the impact of the chemicals.

A young woman called Amiryah was almost scornful of the police’s belief they could deter the protesters with such tactics.

“That will not stop us. Why do they think a curfew will stop us,” she told The Independent, amid a break in the tear gas. “We’re going to keep showing up and showing out. Black people have been facing this for hundreds of years.

Mike Elliott, the mayor of Brooklyn Center, who earlier said he thought the female officer should be fired immediately, urged protesters to leave.

“I’m asking everybody to go home. We need to keep the peace in our city,” he said, speaking on CNN.

“We need to make sure that there is a tomorrow that people can gather peacefully as well and continue to express their grief.” EU Falling Behind China and Russia in Race for Vaccine Influence 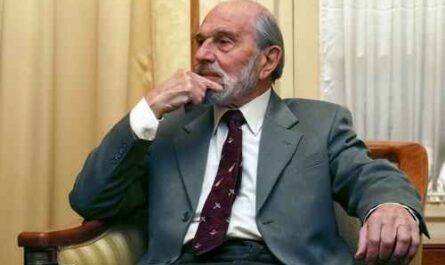