Donald Trump has declared a major disaster in California as worsening weather conditions mean another batch of wildfires is expected to ravage yet more homes and forestry.

The move by Mr Trump means federal aid and assistance will be provided to the state. Gavin Newsom, California’s governor, has assured residents that the aid will also be used to help people in counties affected by the fires with crisis counselling, housing and other social services.

Higher winds, temperatures and further lightning are forecast to hit northern California as soon as Sunday, leaving officials worried that further damage is inevitable and residents are being told to prepare to flee any moment.

State fire officials have said that since 15 August, more than 12,000 lightning strikes across the state have ignited over 500 wildfires. A persistent heatwave is thought to have stoked the fires too.

Most of the destruction has been caused by three large fire complexes that were burning through mountainous and wooded rural areas in and around the wine country and the San Francisco Bay Area. 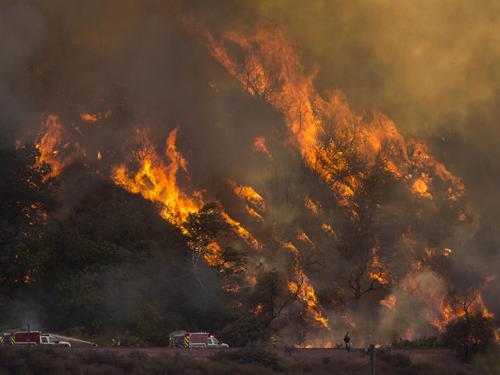 ​At least six people have died and tens of thousands have been evacuated.

“We simply haven’t seen anything like this in many, many years,” said Mr Newsom, who has requested help to contain the fires from Canada, 10 other US states and Australia. The fires are “stretching our resources, our personnel,” the governor added.

California’s fire department has issued various statements concerning the inadequate amount of people there are available to help fight the fires.

“All of our resources remain stretched to capacity that we have not seen in recent history,” said Shana Jones, the chief for CalFire’s Sonoma-Lake-Napa unit.

Right now, it is estimated that over 14,000 firefighters are battling 585 fires that have now burnt almost one million acres (400,000 hectares).

“Tuesday night when I went to bed I had a beautiful home on a beautiful ranch,” said 81-year-old Hank Hanson of Vacaville. “By Wednesday night, I have nothing but a bunch of ashes.”

As well as people and homes, the fires have killed precious forestry. Ancient redwood trees at California’s oldest state park, Big Basin Redwoods, plus the park’s headquarters and campgrounds, perished in the flames. Smoke from the fires also made the region’s air quality dangerous, forcing people to stay inside.

Cooler, more humid temperatures on Saturday meant that firefighters, who the AP reports are working 72-hour shifts in dangerous, hot conditions, made some progress in the race to extinguish the blazes. There were some setbacks, though, as smokey skies meant water-dropping aircrafts were grounded for some of the day.

Why wildfires are everyone’s problem

The dramatic change in weather, which has seen forecasters issue a red flag warning to last from Sunday morning until Monday night, and the threat of more storms, could not only start new fires but fuel the flames already burning, officials have warned.

The National Weather Service said “lightning and gusty, erratic winds around storms will be the main threat” for some communities, although the change in the wind’s direction does mean previously at-risk areas are now in the clear.

“As bad as that weather prediction is overall for certain parts of this fire, it actually is going to help us move it away from those certain communities,” said Chief Mark Brunton, a battalion chief for the California Department of Forestry and Fire Protection, the state’s firefighting agency.

The threat of the fires has in no way diminished yet though. Two of the three main complexes, the LNU Lightning Complex and the SCU Lightning Complex, now rank as the second and third-largest on record in California’s history. The state’s largest fire in history is still the Mendocino Complex of 2018 – for now.

The blazes are not only straining California’s fire service but its public health service too. The state has been hit hard by coronavirus and with more than 650,000 recorded cases, it is officially the most infected area in the US. Because of this, some evacuees have said they are afraid to go to emergency shelters.

US agencies have updated evacuation guidance in light of Covid-19. People who have been forced to flee their homes have had to decide whether they will stay with family and friends or at evacuation centres, where they risk being exposed to the virus.

Official advice to anyone leaving their home due to the wildfires is to carry at least two face masks per person, as well as hand sanitiser, soap and disinfectant wipes. 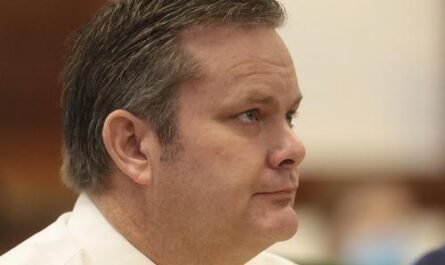 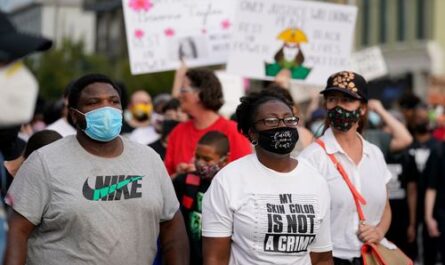