UK government ‘not prepared’ to pay as high price to save lives as other developed nations, study claims

The UK government was not prepared to pay as high a price to save lives during the coronavirus pandemic as many other developed nations, a study has found.

Analysis by academics at the University of Exeter suggested that, based on the level of economic activity sacrificed, the UK government was willing to pay far less than other developed countries, such as Germany, New Zealand and South Korea, to protect more citizens’ lives.

The researchers said 20,000 lives in the UK would have been saved if the government had imposed lockdown three days earlier.

The study found that whilst the so-called “price of life” was about $100,000 for the UK, it was much higher in South Korea and New Zealand, where restrictions were imposed quickly, at $6.7m and $11.6m respectively. 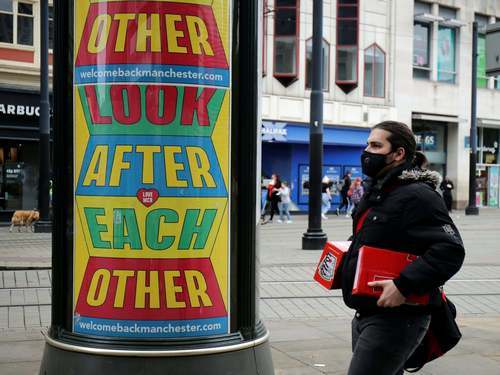 To come to these conclusions, the researchers compared nine countries – Belgium, the US, Germany, South Korea, Italy, Denmark, China, New Zealand and the UK – and used epidemiological modelling to calculate how many lives were lost through delaying lockdown.

They then analysed this alongside the financial cost of lockdown on GDP in each country by comparing pre-lockdown IMF forecasts to the most recent figures and teasing apart the amount of GDP loss that came from the effects of lockdown policies.

“Seemingly, much like a bird in the hand, cash flowing through the market is worth much more than value passing through wellbeing, at least to some countries,” Ben Balmford, a University of Exeter business school academic and lead author of the report, said.

“By choosing not to impose lockdowns three days earlier, governments rejected saving more lives when the price was relatively high.”

The study, published in the Environmental and Resource Economics journal, also found that, if lockdown measures in the UK were delayed by a further 12 days, it would have cost more than 200,000 additional lives. Could Navalny’s Detention Derail His Movement?