Amnesty International has withdrawn its “prisoner of conscience” designation from jailed Russian opposition leader Alexei Navalny due to past nationalist and anti-immigrant rhetoric, the human rights organization said Tuesday.

Amnesty declared Navalny a prisoner of conscience after he was detained upon his Jan. 17 return from Germany, where he had spent months recovering from nerve agent poisoning, citing the Russian authorities’ “relentless campaign” against the Kremlin critic. Navalny has since faced a handful of criminal cases that he calls politically motivated.

“Amnesty International has made an internal decision to stop calling Alexei Navalny a prisoner of conscience over comments he has made in the past,” the organization said in an emailed Russian-language statement.

It said some of Navalny’s remarks dating back to the mid-2000s “reach the threshold of hate speech, which contradicts Amnesty’s definition of a prisoner of conscience.”

Navalny, who had distanced himself from Russia’s waning nativist movement by the early 2010s, has never explicitly renounced his earlier nationalism. As recently as 2020 while recovering in a Berlin clinic, the anti-corruption campaigner told German media that he holds the same views as he did when he first entered politics.

Amnesty International said it will nevertheless continue to call for Navalny’s release, including with last week’s submission of nearly 200,000 signatures from 70 countries demanding the Russian government to immediately release him.

The group’s move was met with swift criticism on social media, with many questioning why only those with “acceptable” political views may be considered prisoners of conscience.

Rights groups are “under the impression that inquiries into Navalny’s rhetoric were part of a coordinated campaign to discredit him abroad,” Amnesty’s Russia and Eurasia media manager Alexander Artemyev told the independent news site Mediazona.

Mediazona quoted an unnamed Amnesty source as speculating that the Kremlin-funded RT network may have played a role in the campaign. The activist cited the authors of at least two inquiries who had linked to an RT-linked columnist’s Twitter thread revisiting Navalny’s nationalist past.

The 44-year-old anti-corruption campaigner was ordered this month to serve two and a half years in a penal colony for breaching his parole terms while in Germany. Europe’s human rights court ruled last week that Russia must immediately release Navalny, a motion that Russia rejected. The European Union threatened to impose new sanctions on Moscow over his jailing. 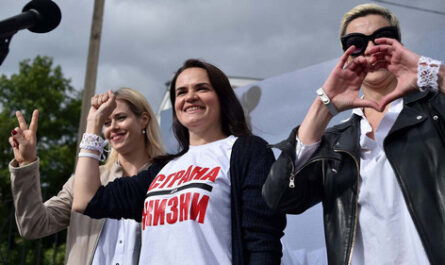 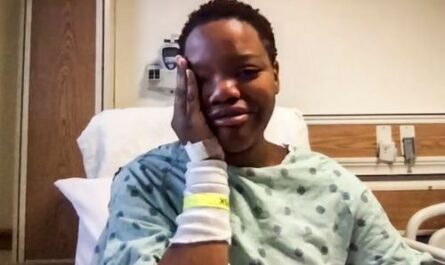